Life
This text can be copied
Kamil Szubański 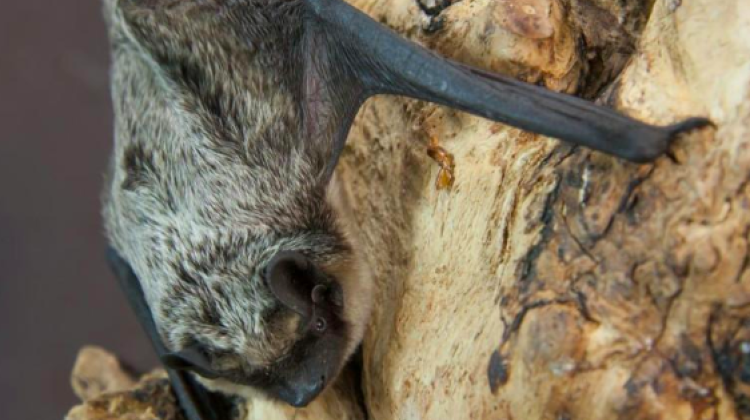 There are approx. 1,400 species of bats in the world. In Poland, 26 species of these mammals have been recorded in recent years, of which about 20 occur regularly and consistently. They account for about a quarter of all mammalian species in Poland and in the world.

Bats are a group of thermophilic animals that occur in much higher numbers and diversity in tropical countries. In those countries, their significance is definitely bigger than in Poland. They feed on insects, spread seeds, pollinate plants (including edible ones), they drink nectar, but also prey on small vertebrates, fish and amphibians.

There is also the notorious group of blood-sucking species, although these are just three species of bats occurring only in Central America. These small "vampires" feed mainly on forest and domesticated animals, very rarely on humans - says Dr. Janusz Hejduk, an expert from the Department of Biodiversity Studies, Didactics and Bioeducation of the University of Lodz.

In our latitude bats have little significance. They feed mainly on insects, which are only available for half a year. In addition, the populations of some insects, such as mosquitoes, reach billions, so even if there are many bats, they are not able to significantly reduce this amount. Nevertheless, they are our allies: one bat can eat up to several thousand small insects in one night - emphasises the scientist.

In Poland, bats occur virtually everywhere (in forests, cities and in the countryside) and lead a "double life", because in late autumn and winter, due to the lack of insects, their activity is reduced to a minimum.

The researcher explains that some species fly south, others look for places to hibernate. Then - knowing their predilection for underground hiding places like caves or bunkers - it is possible to find them and help estimate their numbers, contributing to the protection of places that are important for bats in autumn and winter.

Until recently, scientists believed that hibernating bats fall into a winter sleep. In the autumn they "hang" in a convenient place and sleep, vegetating until spring. But physiological tests have shown that their sleep is not uninterrupted.

"It is interrupted by waking periods - on average, every 9 days the bat must urinate and drink. It also controls conditions: whether they have not changed radically and whether it can stay longer in the current place. If it thinks that something does not suit it, it can find another place" - explains the biologist.

Research conducted by scientists from Łódź in the Szachownica cave near Łódź show that if the temperature at night rises above zero during warmer periods in winter, some bats fly out and try to feed, sometimes even successfully. This way, they can continue their wanderings and replenish their supplies.

According to Dr. Hejduk, it is impossible to accurately estimate the number of bats in Poland, but they are counted in the larger hiding places controlled by scientists. In the largest known Polish hibernaculum in the Nietoperek reserve, about 36 thousand bats were counted last winter. In the Lodz region, the largest known wintering place for bats are Konewka and Jeleń bunkers near Tomaszów Mazowiecki, where about 600 bats were counted last winter.

According to the expert, the population of bats in Poland has been stable in recent years, and for now there is no reason to be alarmed. But bats face many threats, including the use of chemicals in agriculture.

According to the researcher, bats are extremely interesting mammals. They do not live in pairs, and their sexual selection is quite random. It often takes place at wintering grounds, or during swarming. Large numbers of bats fly to certain places choose their mates.

There is also a group of harem species. In this case, the males choose their hiding places, defend them, lure several partners and stay there together for several weeks. In the tropics, some males also secrete an intense odour that attracts females and keeps them in the colony.

But genetic research shows that even such males fail to control their "harems". When all bats fly out to feed at night, cheating happens often. "Genetic research, for which we have collected materials, shows that in such harems the effectiveness of the male is only about 20 percent. Most females get out of control" - adds Dr. Hejduk, who conducted such research on bats in Costa Rica.

The scientist admits that the knowledge of bats is still fragmentary, but in recent times scientists have been able to determine that bats are much better flyers than previously thought. The specific flight of bats was often considered inept, fluttering, but it turned out to be a very effective manoeuvring flight.

According to the researcher, bats are much more maneuverable than birds, and because their bones control the wing membranes, they can very subtly shape the bearing surfaces of the wings and, for example, turn back in place. "They can fly slowly and fast, they can fly over open spaces, or in extremely difficult conditions in the jungle or in complete darkness, for example in a cave" - he adds.

Using ultrasonic detectors, researchers were able to confirm the existence of long-distance migration of bats, reaching up to 3 thousand kilometres. Detectors placed, for example, on oil rigs and wind farms in the middle of the North Sea and the Baltic Sea, show flying bats during the migration season.

"This means that, contrary to previously belief, bats are very capable flyers, able to cross seas without having to use land bridges or straits, like storks do" - concludes Dr. Hejduk. This flight ability gives bats much greater freedom than we thought, he says.