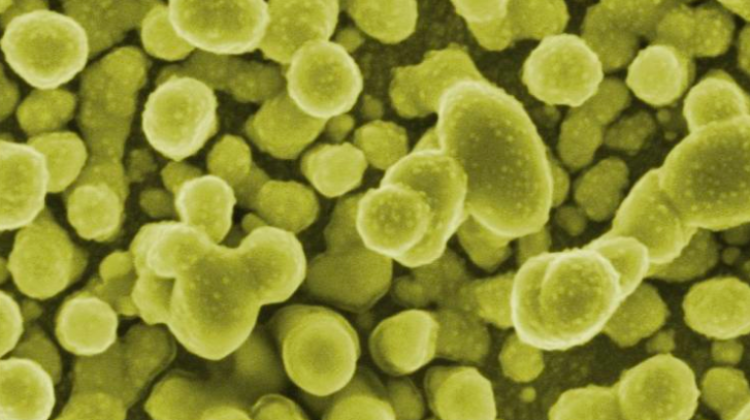 Researchers from the Institute of Physical Chemistry PAS in Warsaw have removed the main obstacle in the development of SERS - an extremely sensitive laboratory method of chemical composition analysis. Researchers have developed new substrates, onto which samples for analysis are applied.

The institute informed about the new SERS substrates in a press release.

SERS (Surface Enhanced Raman Spectroscopy) has been known for over four decades. It has the potential to revolutionise the methods of detection of small amounts of chemicals. There are concepts of Raman microscopes that could be capable of tracking individual chemical molecules without previous marking - which is very difficult in modern fluorescence microscopy.

An obstacle to SERS becoming common has been a low quality of substrates, onto which the tested solution should be applied in order to obtain adequate signal amplification.

A few years ago, scientists from the Institute of Physical Chemistry PAS presented prototype substrates that would allow to transform SERS into a routine, common laboratory method. Now - after improvements and tests - the new substrates will be made available to all interested parties thanks to the SERSitive initiative of the Institute of Physical Chemistry PAS, financed by the National Centre for Research and Development. According to the release, production and distribution of SERSitive substrates will not be outsourced to a separate company, it will be part of the statutory activities of the institute.

The invention of researchers from the Institute of Physical Chemistry PAS amplifies the signals of a whole range of chemical substances - especially multiparticulates with large molecules with double bonds. In practice, this means the ability to detect many organic compounds: the presence of drugs in the blood or urine in medical or forensic tests, as well as specific bacteria in biological samples.

SERS uses a subtle physical phenomenon. When light falls on a molecule, photons are absorbed and soon emitted again, almost always with the same energy as that carried by the absorbed photon (this phenomenon is called Rayleigh scattering). But sometimes during absorption, part of the energy of the absorbed photon increases the energy of vibration or rotation of the molecule. In this case, the photon emitted a little later will have a slightly lower energy than the original one. Similarly, the energy of the emitted photon may increase slightly when it carries some of the energy of vibration or rotation of the molecule. This phenomenon is called Raman scattering.

In the registered spectrum of the molecule, on both sides of the frequency typical for Rayleigh scattering, there will be peaks resulting from the Raman phenomenon. The Raman signal in the spectrum is very weak, because only one photon in millions scatters this way. Fortunately, since 1974 it has been known that the Raman signal can be amplified millions, and sometimes even billions of times, if the molecules of the analysed compound are deposited on a highly roughed substrate.

But the problem is that the substrates must meet a number of criteria, for example be reproducible and homogeneous, and at the same time universal at least in terms of applications in the study of a specific group of chemical compounds. To eliminate the background in spectra, the substrates must also be clean, and at the same time they should provide a high signal gain. Meanwhile, the substrates available so far did not guarantee anything: the Raman signal was sometimes amplified, and sometimes not, and the amplification could reach 100,000 times or 10,000 times.

"The challenge was not so much to achieve a good result in individual parameters, but to meet all requirements simultaneously. In practice, the scale of the difficulty turned out to be so great that for several dozen years no one produced substrates that could guarantee satisfactory quality of measurements!" - explains Monika Księżopolska-Gocalska, who has been the supervisor of the SERSitive project from the beginning.

"The dimensions of the plates have been selected to ensure that the solution can be easily dripped, and the drop spreads well. If necessary, the plate can even be immersed in a small dish with the test substance" - explains Paweł Albrycht, responsible for the improvement of substrates in the SERSitive group.

"The scale of challenges associated with SERS substrates can be demonstrated by the fact that the world had to wait 47 years for the improvement of the electrochemical methods of their production" - concludes Prof. Robert Hołyst, head of the research group that created the SERSitive project. "When we started working on these substrates six years ago, we had zero success for the first year and a half. The fact that today we are able to not only produce the right substrates, but even offer them to others, shows how important stubbornness supported by reliable knowledge and research intuition is in contemporary development of science" - he emphasizes.

You can learn more about the SERSitive project on its website: www.sersitive.eu