#Askscientist: When will people reach the centre of the Earth? 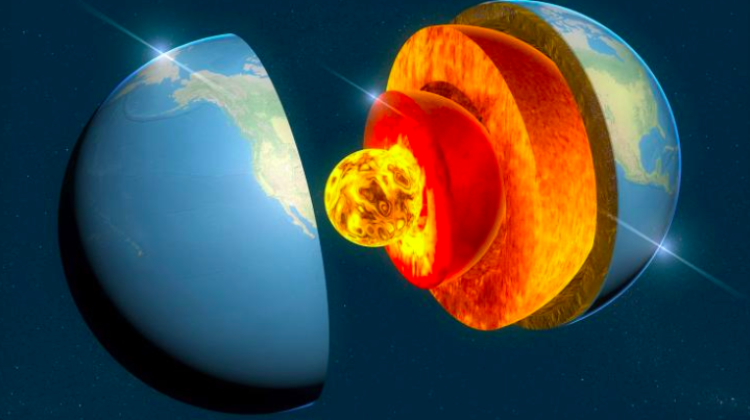 Our current technology is completely unsuitable for travelling to the centre of the Earth. The temperature and pressure are so high inside the Earth that none of the known materials could withstand these conditions, says Dr. Mirosław Jastrzębski from the Institute of Geological Sciences PAS.

During the Science Picnic, our visitors could pass their questions to scientists. Now we ask researchers some of these questions. With the question "When will people reach the centre of the Earth?" we turned to geologist Dr. Mirosław Jastrzębski from the Institute of Geological Sciences of the Polish Academy of Sciences.

"The temperature at the centre of the Earth is about 6,000 degrees C, and the pressure is 3.6 million atmospheres. None of the known materials can withstand these conditions" - notes the geologist. He adds that thermodynamic modelling that predicts the physical properties of hypothetical chemical compounds also suggests that it is impossible to produce sufficiently heat and pressure resistant material that would enable, for example, collecting samples from the Earth`s core.

"The deepest mines in the world are gold mines in South Africa. In two of them, mining activity is carried out at a depth of 3.9 km. The temperature at this depth exceeds 50 degrees C, and underground mining is extremely difficult and very expensive. That is the as deep as we have gone not much will change in this respect in the foreseeable future. And that is only 0.06 percent of the Earth`s radius" - the researcher says.

In turn, the deepest borehole in the world, drilled with breaks since 1970 on the Kola Peninsula, reached 12.3 km after 24 years. This seems like a lot, but to get to the centre of the Earth you would need to drill 517 times deeper.

Boreholes are not the only opportunity to look inside the Earth. "In various parts of the world, rocks found on the surface are visitors from the deep layers of the Earth" - says the scientist. This is because the Earth was and still is tectonically active. For example, rocks such as eclogites can even come from a depth of 150 km. They are lifted by the pressure of colliding tectonic plates. They can sometimes be found in the former and current zones of continental collisions. Igneous rocks such as peridotites can come from even greater depths, in particular very rare kimberlites, whose minerals crystallize up to 300 km underground. Before such magma undergoes complete solidification, it enters the higher layers, piercing the Earth`s crust.

Dr. Jastrzębski explains how we can determine what happens even deeper. "By analysing the course of seismic waves generated during earthquakes that also pass through the interior of our planet, we can tell that from the depth of 2,900 km the Earth is more than twice as dense as the mantle above it, and matter is in a liquid state" - he explains.

Thanks to seismic surveys, we also know that below that, from a depth of 5100 km, matter is under such a high pressure that it becomes solid again. "These two zones are the liquid outer core and the solid inner core" - says Dr. Jastrzębski.

If we want to find out more about the core of our planet, we still have matter that "fell from the sky". More precisely, iron meteorites that represent cold cores of asteroids, which were fragmented long ago mainly between the orbits of Mars and Jupiter.

"Astrophysical research indicates that the Earth formed about 4.5 billion years ago from the gravitational cluster of dust and gas cloud, from which the Sun and all the planets of the Solar System emerged. Thanks to gravity, the Sun started shining, and the other larger objects of the System had large enough masses for the differentiation into different density layers to take place" - the researcher explains.

He adds that the heaviest elements (mainly metals) are located in the centre of the Earth. Other chemical compounds with lower density (mainly aluminosilicates) are in the higher "layers" of the planet, while the lightest gases such as hydrogen or helium have been and still are difficult to hold by the Earths gravity.

"Gravity similarly shaped the structure of the other larger objects of the Solar System. Some of them have been broken down by cosmic collisions" - the scientist says.

Fragments of some of these bodies sometimes reach the Earth in the form of meteorites. Some of them, namely iron meteorites, represent the cold cores of protoplanets. Iron meteorites are composed mainly of iron and nickel and it turns out that their properties perfectly match the physical properties of the Earth`s core predicted by seismic research. "Therefore, although it can be said with near certainty that people will not reach the Earth, iron meteorites allow us to study matter with a similar chemical composition and formed as a result of analogous processes" - concludes the scientist.