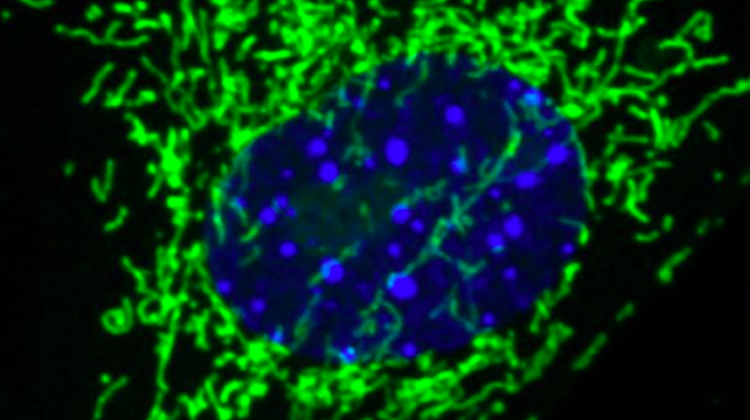 When the mitochondria do not work as they should, double-stranded RNA can escape from them into the cellular cytoplasm. The cell may confuse it with a viral infection, researchers including Polish scientists show in an article in Nature. Their study sheds light on the diagnosis of diseases such as interferonopathy.

One cell can have hundreds or thousands of mitochondria. They are cellular power plants - they burn sugar and fat (which we eat). The energy from this process is used to charge cellular "batteries" (ATP) necessary for all cellular machines, which are in constant motion. Mitochondria are unique parts of the cell. They have their own DNA and their own mechanisms for producing proteins from it. But these mechanisms are sometimes defective.

A team of scientists from the UK, Poland, U.S. and France write about such defects of the mitochondria in the prestigious weekly Nature. Dr. Łukasz Borowski, Prof. Andrzej Dziembowski and Dr. Roman Szczęsny from the Institute of Biochemistry and Biophysics PAS in Warsaw and the University of Warsaw participated in the research project.

"We have found that in pathological situations, large quantities of double-stranded RNA can form in human mitochondria and escape from the mitochondria into the cytoplasm" - says Roman Szczęsny from the Institute of Biochemistry and Biophysics PAS.

This is bad news. Double-stranded RNA is a molecule that usually appears in the cellular space during a viral infection.

The researchers have shown that the cell does not distinguish between double-stranded RNAs that are pathogen molecules and those produced by its own mitochondrion. And in the case of a mitochondrial failure, the cell treats its own RNA as if it were dealing with an infection. "And yet the cell has not been attacked by a virus" - the scientist points out.

In this situation, the production of a certain protein, interferon, increases in the cell, as does the expression of genes associated with it. An excess of interferon in the cell - for example caused by a genetic mutation - leads to the development of type I interferonopathy.

It seemed that the causes of this disease were already well understood. "We show that there may be a whole group of diseases related to interferon excess" - explains the scientist.

Dr. Szczęsny gives an example of what can happen when a mutation occurs and the interferon level increases. "Aicardi-Goutières syndrome may develop. People with this disease suffer from a central nervous system dysfunction. These people are mostly motor and intellectually disabled" - he says.

He adds that such people can be born without symptoms, but after a few months encephalopathy (brain function damage) occurs. There is a spark of hope that someday in the future, in the first months it could be possible to use therapy to prevent the effects of the disease. However, for such therapies to be developed, it is necessary to thoroughly investigate the causes of the disease at the cell level. The study published in Nature shows that the causes of interferonopathy may be more complex than previously thought.