Deputy Minister of Science: We will issue over 20 regulations for the Constitution for Science by the end of the year 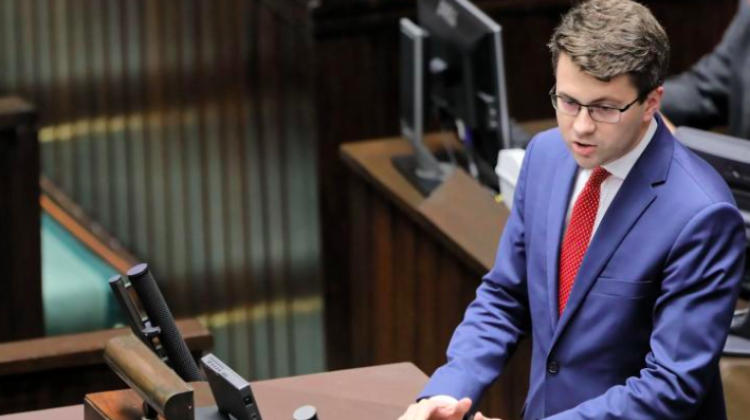 We are planning to issue more than 20 regulations to the Constitution for Science by the end of the year, Deputy Minister of Science Piotr Müller told PAP. Consultations on several important regulations - including those concerning the principles of evaluation and division of fields of science - are expected to start as soon as the law is signed by the president.

The Sejm is currently working on the Senate amendments to the Law on Higher Education and Science (the so-called Law 2.0, Constitution for Science). Voting on them will take place during the current session of the Sejm. Then the bill will wait for the president`s signature.

In an interview with PAP, Deputy Minister of Science Piotr Müller was asked whether he was satisfied with the way the bill was changed in the parliament. He said that while the provisions had undergone significant changes, those changes did not concern the pillars of the reform.

"The heart of the reform is the new evaluation of scientific research, organizational autonomy of universities, assigning the powers to award degrees and offer studies to the university as a whole, as well as a new classification of fields and disciplines and consolidation of the scientific potential. These things have not changed" - he assured.

The adoption of the Constitution for Science is not the end of the reform. Many new provisions can be expected in the new regulations that the Ministry of Science is preparing.

"From June 22, we have been gradually publishing draft regulations that result from the Law on Higher Education and Science, and we are consulting on them. A dozen or so draft regulations have already been submitted for consultation. In total, by the end of the year, we plan to issue over 20 regulations" - Deputy Minister of Science Piotr Müller told PAP. The number of regulations will significantly decrease. Until now, there were 80 regulations in force.

One of the most important regulations related to science reform will define the rules of evaluation of scientific research. Awarding scientific categories of particular disciplines to universities and institutes will be connected with this. " Deputy Prime Minister Jarosław Gowin and I travel around Poland, we meet with the authorities of universities in different provinces. We also conduct pre-consultation and make corrections before the publication of this project and the beginning of the official consultation phase" - deputy minister said.

The Ministry of Science also wants to prepare an evaluation guide, which will be published together with the draft regulation.

Other important regulations will concern the procedure for creating the list of journals and publishers. Many publishers and researchers are wondering how the individual publications will be scored. Another important regulation will concern the division of fields and disciplines. The Constitution for Science provides for a new division of disciplines - modelled on the division proposed by the OECD. For now, however, it is not clear how this division would look.

"We will present drafts of these important regulations in one package. We will publish them as soon as the bill is signed by the president" - said deputy minister.

That is when the official consultation stage of these regulations will begin. "Unfortunately it is the holiday season, but the law forces us to schedule work on the regulations this way. But note that the first draft of the evaluation regulation was published in February" - Müller told PAP.

Speaking about the changes that will result from the regulations, Müller mentioned a favourable proposal for students in the regulation on student loans. "We suggest that applying for a student loan should be possible on a permanent basis. Students who decide that they need a loan will not have to wait all year, until July, to apply for a loan. It will be possible to apply in any month" - said Müller.

Another draft regulation in consultation concerns support for scientific journals. According to its provisions, in order to seek funding, diversity among publishing authors should be maintained. Persons affiliated with the same institution must not constitute more than half of the authors. But the Ministry of Science and Higher Education might moderate this requirement. "It turns out that many scientific journals are of a secondary nature - they are not a platform for scientific debate between research centres, but rather a publishing tool used for the internal needs of their home university" - said deputy minister. The funds from the Ministry of Science and Higher Education might give journals a chance to improve their functioning.

Asked about whether the ministry was already planning to amend the new law, Piotr Müller did not rule this out. He said that the law would consolidate 3-4 previous laws. "There may always be errors that need to be corrected in the practice of applying the law. But the pillars of reform will not be corrected, they will remain unchanged" - said deputy minister.