Exhibition for young scientists in Gdynia 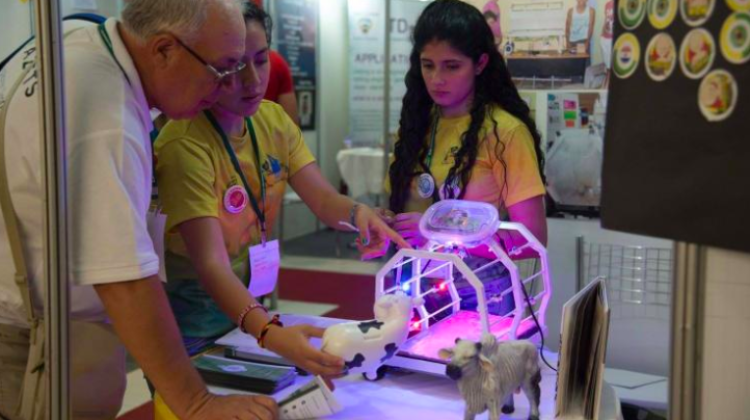 Presentations of young scientists` projects, lectures, workshops and open meetings with scientists from around the world will be held on July 16-22 in Gdynia. The international Expo Sciences Europe (ESE) is organized in Poland for the first time.

The first edition of ESE in Poland will be organised by MILSET Europe and the High Tech Foundation, which has been organising the Science Contest E(x)plory for 7 years. 339 participants from 29 countries applied for participation in this year`s event. The visitors will be able to see 135 innovative projects prepared by young teams from 29 countries. Poland will be represented by the finalists of the Science Contest E(x)plory, who were selected during last year`s final of Gdynia E(x)plory Week 2017.

All visitors can participate free of charge in lectures, workshops and meetings with representatives of the world of science and technology. All events will take place in the Pomeranian Science and Technology Park.

The special guest of the event will be Mateusz Mach, 20-year-old innovator and the creator of the world`s first communicator for the deaf - Five App. He will deliver his speeches during the opening of the event on 17 July in the Pomeranian Science and Technology Park.

ESE Gdynia 2018 will also be an opportunity to participate in the Leader Congress - a panel discussion on new trends in education, during which teachers from Ukraine, Turkey, Tunisia and Poland will talk about various forms of formal and informal education. The panel will be held on July 19 at Gdynia Arena. The language of the discussion will be English.

ESE is held every two years since 1996 on the initiative of the non-profit organization MILSET - the International Movement for Leisure Activities in Science and Technology. The aim of the event is to develop science culture and promote innovation among young people. The previous hosts of ESE include the Czech Republic, Portugal, France, Belgium, Russia, Spain, Slovakia, Germany and Hungary.