Palaeoclimatologists: Warming on Earth can be uneven 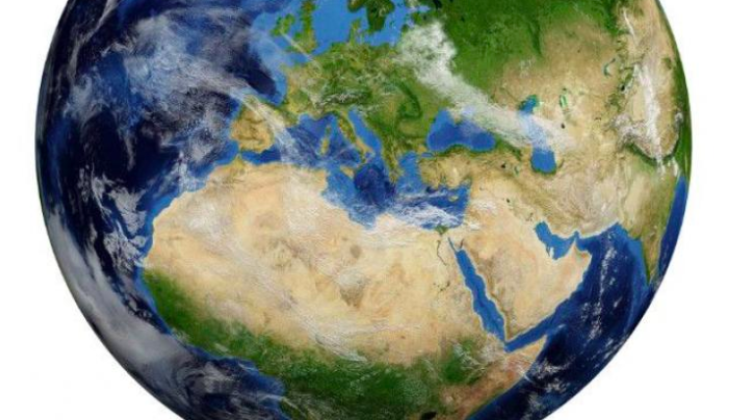 When global warming occurred on Earth over the past 3.5 million years, its course was uneven. Temperature increases were greater in the polar regions than, say, in the tropics. The current situation could be similar, palaeoclimatologists warn.

Global warming is a fact that hardly anyone tries to dispute anymore, and one of its causes is human activity and greenhouse gas emissions. The Paris Agreement, concluded in December 2015 and signed by 195 countries, set a global action plan to limit global warming. The goal is to limit the average temperature increase to less than 2 degrees C in comparison with the pre-industrial era.

Researchers from various fields of science have been wondering for years how to stop or minimize these climate changes. Now the Earth history experts take the floor. They show that by studying how the climate was changing in the past (thousands or millions of years ago) - we can more accurately predict the course of the current global warming.

"We wanted to summarize the results of palaeoclimate research, which focused on how in the past different ecosystems responded to global warming, and whether this lesson from the past could be used in the future" - says Katarzyna Marcisz from the Adam Mickiewicz University in Poznań, co-author of the article in "Nature Geoscience" (https://www.nature.com/articles/s41561-018-0146-0).

According to Katarzyna Marcisz, in the pre-industrial era there were also periods when the temperature increased by 1.5-2 degrees C. While at that time man did not contribute to climate change, we should still draw conclusions from those warming events.

Three key periods were selected for comparisons. The warming closest to modern time was the Holocene climatic maximum 9-5 thousand years ago. At that time - in comparison with earlier and later times - the climate on Earth warmed up. "Palaeoecological studies show that the temperature at the North Pole was even 4 degrees higher, while the temperature rise in the tropics - also in the oceans in that zone - was only about 1 degree C. The warming was definitely more intensive in the polar regions" - the researcher says.

The second period was the Eemian interglacial 130-115 thousand. years ago. "In the warmest period, winters were warmer and wetter than they are now. The temperature in Europe was 1-2 degrees C higher than now, and the sea level was 6-9 meters higher" - says Dr. Marcisz.

The third interesting period is the central Pliocene, 3 million years ago. "There were similar conditions on Earth in terms of the intensity of light reaching the Earth, the orientation of the continents and the concentration of carbon dioxide in the atmosphere. The modelled temperatures in the central latitudes were higher than now, in the tropics by about 1-2 degrees C. And above 70 degrees north the temperature was 8 degrees C higher than today, and even higher in the early Pliocene, so the changes were really significant" - she says.

According to Dr. Marcisz, researchers collected cross-sectional data from a large number of studies that for the publication. Among the authors of the publication are palaeoecologists involved in the study of lake cores and peat bogs (this is Dr. Marcisz`s area of expertise), palaeoclimatologists who study ice cores and prepare climate change models, oceanologists and geochemists. The publication was prepared under the supervision of Hubertus Fisher, a professor at the University of Bern. (PAP)