Macrophage will deliver medicine to the tumor 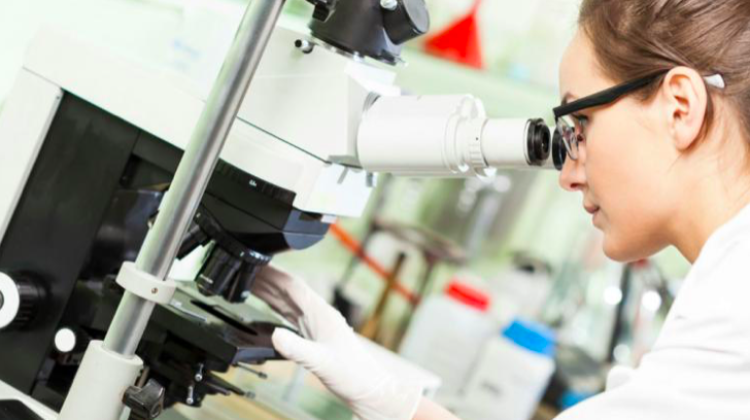 Polish researcher has developed a method that allows therapy to reach solid tumours not supplied with blood vessels. Professor Magdalena Król successfully combines basic science with the innovative company Cellis, founded together with the university. As part of the company, researchers develop therapy based on the mechanisms, on which they work on at the Warsaw University of Life Sciences.

Foundation for Polish Science reminds about the achievements of WULS-SGGW physiologist Prof. Magdalena Król as part of its campaign. The aim of the campaign is to raise funds for a program supporting young scientists at the earliest stage of their careers.

Prof. Król`s method is based on the ability of macrophages - cells of the human immune system - to wander deep into inaccessible tumour regions. These places are solid tumours devoid of blood vessels through which anti-cancer drugs could be delivered.

In natural conditions, macrophages have so-called protein cages that researchers use to transport drugs. They can enclose the drug inside, and then "pack" the cage into the macrophage - which in turn could deliver the drug to the tumour and eliminate the cancer. Professor Król and collaborating scientists have found that macrophages transfer protein cages directly to cancer cells. Nobody noticed or described it before. The newly discovered phenomenon is called TRAIN.

"Now we are investigating, among other things, what the natural function of this transport is and what happens to +cages+ in cancer cells. Do they attach to cancer cells to help them or to kill them? We want to use our discovery in therapy to create a +Trojan horse+" - explains Prof. Król.

Researchers have taken care of patent applications - they include detailed parts of the process, the entire structure of the "Trojan horse" and its application. The owner of the patent is Cellis - a biotechnology start-up. In the company, Prof. Król is responsible for the commercialisation of the innovative method.

The researcher says that while a biotechnology start-up is a high-risk company, she will always consider starting it a success. She mentions that in beginning she lacked knowledge about the protection of intellectual property. Colleagues from the University of La Sapienza in Italy, where she presented her research, persuaded her to gain and apply it. In Poland, Prof. Król was among the first and few scientists who started start-ups. Cellis was established in 2016. Researchers at WULS-SGGW continue basic research of the discovered mechanism, and the start-up develops the therapy.

"An amazing adventure has begun. I had to learn how to read investment contracts, prepare patent applications so that they would not have loopholes, learn how to commercialise such projects and enter the business world" - recalls Prof. Król. In her opinion, protection of intellectual property and commercialisation of scientific research results should be a compulsory course during studies. She shares the knowledge she has acquired with students. "I would like a Polish start-up to be successful, to show other researchers that it is possible and worth trying" - she adds.

After graduation, Magdalena Król worked as a veterinary surgeon. As part of her doctoral project, she studied mammary gland tumours in dogs. This is a huge problem in veterinary medicine, breast cancer happens three times more often in female dogs than in females of other species. Her project was aimed at finding blood markers that would help assess whether the animal would recover and if the body responded well to treatment.

She was a scholarship holder of several FNP programmes. One of the most important distinctions of the Polish researcher is an European Research Council (ERC) grant. Professor Król plans to bring the therapy - developed by the company - to the stage of clinical trials and application in the treatment of solid tumours, so that it can actually help people.