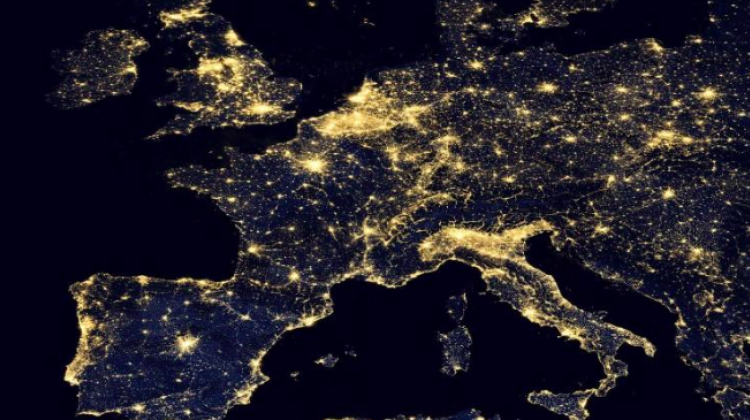 Light pollution is a global problem that affects all places on Earth that have been electrified. Excess light at night is harmful not only to people and animals, but also to plants - warns biologist Prof. Krystyna Skwarło-Sońta.

The concept of light pollution refers to the presence of light in the wrong time or in amounts greater than those to which the organisms inhabiting our planet are adapted. In recent years, this phenomenon has been increasing at an alarming rate. One of the more visible effects is the inability of people to observe the night sky - stars or planets. This is particularly visible in cities where there are thousands of street lamps, and many buildings are additionally illuminated.

"Light pollution is a global problem and affects all areas with access to electricity" - says Krystyna Skwarło-Sońta, a retired professor of the Faculty of Biology, University of Warsaw. In her opinion, the richer the country, the bigger the problem is: the night sky is brightest in the U.S. (mainly in the eastern part of the country), Japan, large areas of Europe. She adds that the phenomenon is slowly beginning to affect Africa as well.

The researcher notes that the defenders of the night sky do want people to live in the dark. But is important follow the rules related to the use of artificial lighting and avoid mistakes, she says. One of them, a very common practice, is using lanterns that aim the light not only towards streets or pavements, but also (and sometimes - above all) towards the sky and the elevations of buildings.

Researchers today have irrefutable evidence that excess light has a bad effect on health, because it disrupts the functioning of our biological clock. Research conducted on large groups of people working in shifts - mainly nurses and staff serving on long airline flights - show that these people are statistically more likely to suffer from breast cancer (women) and prostate cancer (men). Such illnesses should be associated with an excess of light, or rather with its presence at the wrong time of day, the researcher believes. Another proof of the adverse effect of night lighting on the human body are the results of a survey conducted on a group of over 100,000 women in the UK. The respondents in a wide age range gave information about their BMI (body mass index). It turned out that the brighter it was in their bedroom during sleep - the higher this index was, which means that these people were often overweight or obese.

"People who sleep in bright bedrooms or use very popular electronic devices that emit light (especially blue light) before sleep, have trouble falling asleep, and the quality of their sleep is worse" - emphasises the professor. The related disorders include somnambulism or sleepwalking. This affliction is not uncommon in children, but it is also becoming increasingly common among adults, which is associated not so much with the excess of light at night, but rather with smartphones and laptops. The biologist also points to other so-called civilization diseases, such as diabetes or depression. Their contributing factors include the excess of artificial light in our lives, which "damages" our internal biological clock, the professor points out.

When it is dark, the pineal gland in the brain of vertebrates produces and secretes melatonin into the blood. Melatonin is also called the darkness hormone. This hormone coordinates the biological clock in mammals, regulating the circadian rhythms, including sleep and waking. In order for this hormone to be produced in sufficient amounts to provide a good night`s sleep, it is necessary to reduce artificial light in the evening. "Therefore, I advise against looking at electronic devices at night, it is best to put them away for about two hours before going to bed" - advises the biologist. Thanks to this, the pineal gland will produce melatonin. Melatonin is responsible for lowering blood pressure, glucose level and body temperature. All this in order to gently enter a state conducive to falling asleep.

Unfortunately, due to the change in lifestyle, our biological clocks are disrupted. Until the end of the 19th century, the organisms were adapted to the natural day - night cycle. However, everything has changed with the spread of electricity and sources of artificial light - notes the researcher.

According to Prof. Skwarło-Sońta, the problem of light pollution is more serious than the problem of air pollution and smog, which people notice and look for ways to reduce it. "Improperly used light is a silent killer. We often fail to realize it, because it is not unequivocally evil, and in the common view darkness is a source of fear or potential danger" - she emphasizes.

Among scientists, the discussion about the harmfulness of excess light began several decades ago. Astronomers initially drew attention to the problem - noting that there are fewer and fewer places on Earth, from which observations of the night sky can be made. It was only later that health issues were noticed.

With time, it turned out that excess light is harmful not only to people, but also to animals and even plants! "All organisms need darkness for proper functioning, just like they need sunlight" - says Prof. Skwarło-Sońta. Meanwhile, some of the plants that grow around lanterns can have disrupted life cycles: for example, plants do not bloom, or bloom at wrong times. They might also not be pollinated, because some insects responsible for this are active only in the dark.

There are known cases of turtles that, after hatching from eggs on the shore of the ocean, instead of going towards the water - as they should - went towards the land, because there were light sources imitating the moon reflected in the water.

Studies have shown that an excess of artificial light is also harmful to birds. Artificial light at night disorientates migrating birds - when they fall into a beam of light, they can not get out of it. In storks nesting in the area of Zielona Góra, scientists noticed a decreased level of melatonin at night. "Importantly, in their case this hormone is also responsible for navigation during migration. In the event of a disruption of its synthesis, storks may have problems with finding their way back to their nests" - notes Prof. Skwarło-Sońta.

According to Prof. Skwarło-Sońta, there is no end to the problems associated with excess light at night, and at the same time the awareness of its harmfulness is low. "Pollution from artificial lighting on a global scale is growing at a rapid pace. It is estimated that in the U.S. alone it is about 6% per year. This is a cause for alarm" - the researcher concludes.