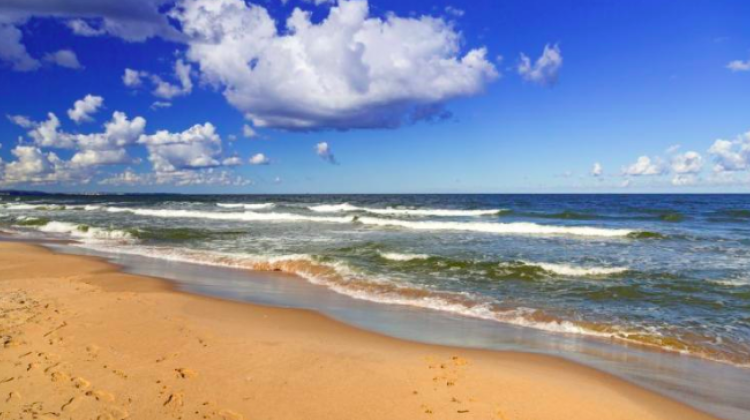 The Baltic Sea can help in forecasting the future of oceanic coastal zones. Like a lens, it focuses the problems that will affect the oceans in the future: warming, acidification, eutrophication, oxygen depletion, scientists say.

Today, Baltic research helps to find out with which problems the coastal zones of the great oceans will struggle in the future. In a publication in Science Advances, scientists from seven Baltic countries including Poland explain how valuable the knowledge about the Baltic Sea can be for oceanographers.

"The Baltic Sea is relatively shallow, closed, less salty and less diverse than other seas. All the countries around the Baltic are developed, heavily industrialized, which is why the environmental changes that take place in this reservoir can be observed much earlier than in the oceans" - says co-author of the study, economist Dr. Mikołaj Czajkowski from the University of Warsaw.

A SEA OF PROBLEMS

Another problem is water acidification. Carbon dioxide emitted into the air as a result of human activity dissolves more intensively in water, creating carbonic acid we know from sparkling drinks - unfavourable for many marine organisms. The authors of the publication point out that the acidification of the Baltic Sea now reaches the level that oceans are expected to reach in the 22nd century.

Eutrophication of the Baltic Sea, its "fertilization", is also a problem. If too much substances such as nitrogen and phosphorus from artificial fertilizers and wastewater get into the water, cyanobacterial blooms appear. They hinder the development of marine fauna and flora, and when they decompose, oxygen is absorbed. The formation of oxygen deserts in the Baltic Sea is also related to this problem. There are areas in the sea where much less oxygen is dissolved. And oxygen dissolved in water is essential for living aquatic organisms, including fish.

But while the Baltic Sea focuses many problems, with which other seas and oceans will begin to struggle in the future - in some respects our sea can be put up as an example, the authors of the publication suggest.

"The Baltic Sea is very well researched, many research teams from various countries have been studying it for a very long time. That is how we know what needs to be done to improve the current situation. And many activities have been undertaken for decades" - sums up Dr. Czajkowski. According to the researcher, the improvement of the condition of our sea requires many measures.

As part of his previous research, the economist measured benefits and costs related to improving the ecological condition of the Baltic Sea. "We want to be able to plan activities that are optimal in terms of costs. For example, if we want to reduce the amount of biogenic substances in our sea, we should know what measures we should use, what actions to take and where" - he says. In this case, economic knowledge is useful.

WHO WILL PAY DEARLY FOR THE SEA?

The economist notes that dirty river water entering the sea because of one country means losses for other countries as well. "For example, Sweden already has a lot of investments in the reduction of fertilizer use. But if Sweden wants the Baltic to be cleaner, investing in further improvements in that country will be expensive and will bring little improvement. The same money could bring Sweden much better results, if it were invested here, in Poland, because there is a lot to do here in this respect" - the economist says.

Professor Czajkowski wonders who should pay for such activities for the Baltic. "Perhaps the cost of remedial actions should be borne in proportion to the benefits of the inhabitants of particular countries? Those benefits are priced. But for the time being these reflections remain theoretical, they are shattered due to the lack of international cooperation" - he says.

When asked about the activities for the Baltic that it would be most beneficial for Poland to invest in now, Dr. Czajkowski responds: "Poland has borne large costs associated with wastewater treatment. Now it seems that the biggest challenge, without which it is impossible to achieve the goal, is to reduce the amount of artificial fertilizers in agriculture and optimise their use. It is a sensitive topic, and so far the solutions in this area have been difficult to implement" - he says.