Smog laid bare: Precise analysis of the composition of particulate 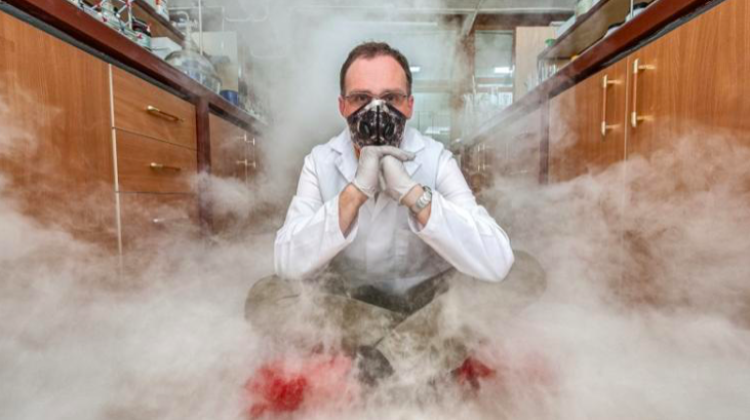 The analytical technique developed by the Warsaw-based scientists is a method of finding out about the finest details of the chemical structure of smog molecules. (Source: IPC PAS, Grzegorz Krzyzewski)

Smog is a problem. But the knowledge about its constituents – no longer. Researchers from several leading Warsaw scientific institutions have joined forces and developed a new, extremely precise method for the chemical analysis of suspended particulate matter. The method, easily adaptable in many modern laboratories, not only determines the chemical composition of compounds, but even recognizes changes in the spatial distribution of atoms in molecules.

Atmospheric particulate matter, popularly known as smog, is becoming more and more troublesome. Its particles are now attacking the lungs of the inhabitants of not only big cities. In industrialized countries it is literally everywhere, even in forest areas seemingly distant from urban agglomerations. This ubiquitous smog is characterized by a huge richness of chemical compounds, many of them occurring in isomeric forms, differing in the distribution of atoms in the molecule, and consequently also in their chemical properties. The detection of these isomers used to be the weak point of modern analytical techniques – until now.

“What is really reaching our lungs? When we look closely at air samples, it turns out that they contain a lot of aerosols. In most cases, these particles, with sizes in the order of micro- or even nanometers, are of natural origin. These are mainly particles produced in gigantic quantities by complex atmospheric processes, whose main drivers are plants, especially forests,” says Dr. Rafal Szmigielski, professor at the IPC PAS, head of the research team which has for years been dealing with the secrets of atmospheric chemistry, including the mechanisms of suspended particulate matter formation and the evolution of smog.

The problem arises when man enters the arena. The combustion of various substances – be it in household furnaces, car engines or in industrial facilities – introduces into the atmosphere a whole range of chemical compounds. Anthropogenic pollution, including nitrogen oxides, is not only in itself detrimental to our health. Its impact is augmented by the fact that it modifies the composition of the natural aerosol, leading to its permanent contamination. Today, it is known that the correlation between people being long-term in an atmosphere contaminated by smog and, for example, the incidence of heart or lung disease is very clear.

In order to describe the properties of a chemical compound in school chemistry, it was enough to give the number of atoms of particular elements in the molecule. Reality is more complicated. The chemical properties of molecules, especially organic ones, are determined not only by their chemical composition itself, but also by the spatial structure of the molecules.

“A single chemical compound, detected in an aerosol by existing methods, may actually be a whole group of stereoisomers. They will all have the same chemical composition, but due to the different distribution of atoms in the molecule, they can have completely different affinities, for example to proteins or cell receptors. Functionally, then, they will be different substances with different effects on our health. This entire isomeric zoo has so far eluded the eyes of chemists,” explains Prof. Szmigielski.

The Warsaw-based scientists have shown that a very accurate chemical composition of the atmospheric aerosol can be obtained without any great financial expenditure, with the help of apparatus already operating in many contemporary laboratories. There is only one condition: during the analysis, various analytical chemistry tools should be skillfully combined. In this tandem analytical technique, the key role is played by the specific combination of possibilities offered by two quite common analytical techniques: chromatography and mass spectrometry.

“Particulate matter is collected for research using special samplers. They suck in air, which passes through a system of nozzles allowing for division of the aerosol particle fractions depending on their size. What enters the instrument reaches a clean quartz fibre disc on which it is deposited. Then, by means of solvent extraction, the collected aerosol particles are transferred to the solution and concentrated there. As part of our method, we chose, among others, more effective solvents for transferring particles to the solution, which significantly improved the results obtained by mass spectrometry,” explains Prof. Szmigielski.

The new method of analyzing smog particles is not only accurate. What is of equal importance is that it is fully reproducible. Samples taken from the same place, analyzed in different laboratories, lead to the same results. This means that those who are professionally responsible for monitoring the environment will be able to provide the public with truly reliable information on the current concentration of pollutants in the air.

Knowledge of not only the chemical composition of smog particles, but also the isomers of its individual components, is of additional, significant practical significance. With such accurate knowledge, scientists are able to more precisely identify the sources responsible for the emission of individual compounds and recreate the migration of pollutants in the atmosphere.

In the research, financed from the OPUS consortium grant from the Polish National Science Centre, atmospheric aerosol samples collected at measurement stations in Diabla Gora in the Borecka Forest and in Zielonka in the Tuchola Forests were used.