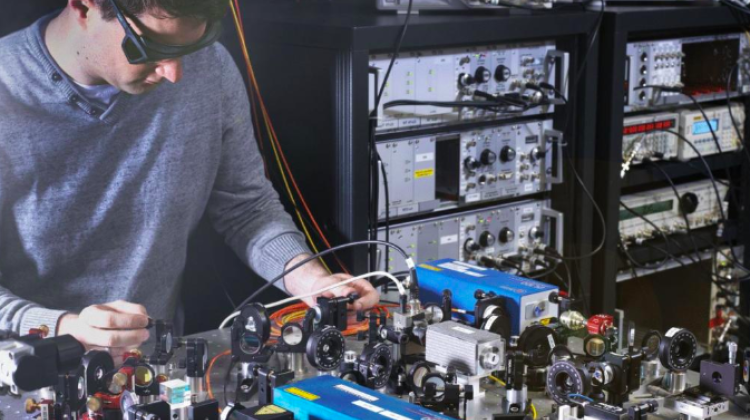 By studying thorium, researchers, including a Polish scientist, have made a big step towards creating an optical nuclear clock that could be 100 times more accurate than the best available clocks. In the future, more accurate clocks could improve the precision of GPS.

Super-accurate clocks currently used in many places around the world are based on caesium fountains. They measure time with accuracy better than one millionth of a billionth (≈5 x 10-16) parts of a second. The first single ytterbium ion optical clocks have also been developed. They allow to divide one second into about one billion billions of equal parts.

Scientists do not stop there. They are using thorium to build a clock that could "tick" 100 times more accurately (10 to the 20th power per second). It would be the most accurate clock in the world. They have just made a huge step towards the world`s first optical nuclear clock of this type. The results of research led by Ekkerhard Peik from PTB in Brunswick, Germany appeared in "Nature".

According to project participant Dr. Przemysław Głowacki from Poznan University of Technology, today very precise time measurement is necessary in telecommunications, for example. Clocks must ensure synchronized data exchange when digital pulses are sent via optical fibres in ICT networks (including the Internet). "Reference time scales are now derived from primary atomic frequency and time standards" - the scientist says.

In addition, every GPS satellite is equipped with an atomic clock. GPS accuracy depends on the quality and accuracy of these clocks. "Obtaining a more precise time standard and using it in the navigation system would allow to navigate with greater accuracy. For example, instead of 1 meter, you could determine the location with 1 cm accuracy" - the physicist explains.

THE STANDARD THAT`S NOT STANDARD ENOUGH

In currently used caesium fountains, microwave radiation interacts with electrons in atoms. This excites the atom - it absorbs energy as long as the frequency of the microwaves is correctly matched. This, in turn, allows to define what the second is. Currently it is assumed that one second is a time corresponding to 9 192 631 770 periods of such radiation in a specific excitation transition in the caesium atom. But researchers show that there are even more accurate time and frequency standards.

Instead of atomic standards, they propose nuclear ones (related to the atomic nucleus). "The idea is that instead of inducing electrons in the electron shell - as it happens in atomic clocks - we want to directly stimulate the atomic nucleus" - says Dr. Głowacki. The nucleus would take energy when the excitation laser light`s frequency is perfectly matched to the resonance transition between the basic state of the nucleus and its excited state, i.e. the isomeric state.

Very high energy is usually needed to excite a single atomic nucleus - tens of kiloelectron volts or even megaelectron volts. But there is an exception: researchers suspect that in the case of thorium-229, only about 7.8 eV is sufficient. "That is an extremely low value" - says Dr. Głowacki. The fact that the first induced state of the nucleus of thorium-229 (the so-called isomer) actually exists was confirmed only two years ago. Various teams investigate the properties of the thorium isomer and the possibility of its use in time-measuring devices.

According to the physicist from Poznan University of Technology, the interaction of radiation with electrons, for example in caesium, is often disrupted by external factors that are difficult to avoid, such as the frequency shift caused by electromagnetic fields. "Scientists are making huge efforts to eliminate disruption in atomic clocks, but in the case of a nuclear clock, we will excite the nucleus, which is shielded by electrons. This system is much less susceptible to disruption by external electromagnetic fields. A nuclear clock would be not only more accurate, but also more resistant to this type of disruptions" - the scientist says.

"Our research gives us the opportunity to keep an eye on the process of the nucleus` transition from the basic state to the excited state" - says Dr. Głowacki. He explains that as a result, researchers know where to perform detection to determine if the nucleus of thorium-229 is in the basic or excited (isomeric) state. "We have shown where to set up two lasers to obtain the signal from the isomer to ensure that the nucleus is in the isomer state" - he adds.

But scientists still have a lot of work ahead of them before the first nuclear clock can be created. They have to determine the precise amount of energy that should be supplied to thorium-229 to excite its nucleus. The type of laser that will need to be used in the clock depends on that value. In other words, scientists need to determine precisely how long the duration of such one "tick" of the nuclear clock is, find its frequency resonance. The "eye" presented in the article from "Nature" by a team of scientists from 5 German scientific and research centres* will facilitate investigating these issues.

Dr. Głowacki explains that thorium is a radioactive element and its availability is very low. But only a few picograms (one gram contains one thousand billion picograms) of thorium-229 isotope are sufficient to conduct experiments on the nuclear clock isomer. These doses are completely harmless to humans.