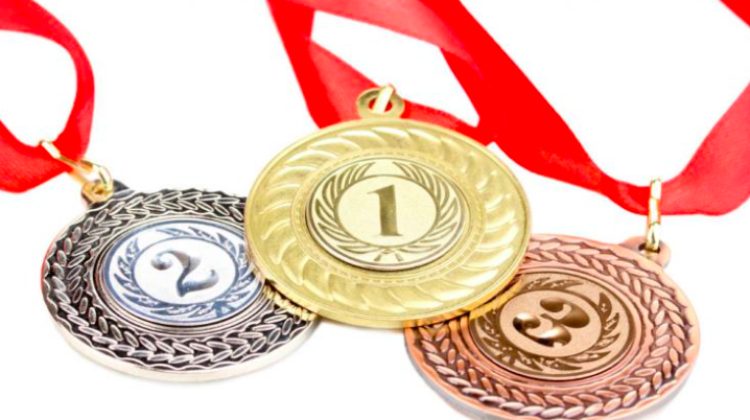 Eleven gold medals, two silver medals and one bronze medal were awarded to Polish scientists and engineers during the 21st Moscow International Salon of Inventions and Innovation Technologies ARCHIMEDES 2018. Nearly 700 inventions from 28 countries were presented at the event.

21st Moscow International Salon of Inventions and Innovation Technologies ARCHIMEDES 2018 took place in early April. Nearly 700 inventions from 28 countries were presented during this year`s edition of the event.

14 innovative solutions developed by research institutes, universities and private enterprises were presented at the Polish stand. "In the 42 thematic competitions, the presented innovations won eleven gold, two silver and one bronze medal, as well as special prizes" - the Polish stand organizer, promotional agency INVENTOR reports in a press release sent to PAP.

Gold medals were awarded to:

- Automotive Industry Institute PIMOT and the Institute of Physical Chemistry of the Polish Academy of Sciences for "The method of determining the aging rate of diesel fuel and gasolines and its application for the assessment of fuel quality";

- Automotive Industry Institute PIMOT and the Research and Development Centre of Research and Didactic Equipment COBRABID for "The method of evaluating the change of certain fuel properties during storage";

- Motor Transport Institute for "The method and system for controlling the light properties and setting the headlights installed in the vehicle (Light Analyzer)";

- Institute of Non-Ferrous Metals for "Technology for obtaining standard copper and aluminium alloys from metallic fractions derived from WEEE waste or Cu and Al cables";

- Kazimierz Wielki University in Bydgoszcz for "3D Printed Passive Exoskeleton for children with weakness in the area of upper limbs";

Two silver medals went to Kazimierz Wielki University in Bydgoszcz for light-cured dental implants and to the Department of Biotechnology and Physical Chemistry of the Faculty of Chemical Engineering and Technology of Cracow University of Technology for the solution: "Biodegradable ferrimagnetic nanocomposites chitosan/poly (sodium asparaginate)/Fe3O4 as 3D substrates for advanced cell culture".

Wrocław University of Science and Technology received bronze medal for the solution "A universal lab-on-a-chip platform for cell culture and research of biological potential of cells". The solution was presented in Moscow as part of the prize in the competition "Innovation is a Woman" organized by the Foundation Women Scientists - Polish Women Scientists Network. The invention was presented personally by the competition winner Agnieszka Podwin.

We have written about her invention before: http://scienceinpoland.pap.pl/en/news/news%2C28777%2Cphd-student-wroclaw-university-science-and-technology-creates-labs-chip.html.

In addition, the solution developed at the Nicolaus Copernicus University in Toruń was considered the best solution in the field of saving life and human safety.

The patrons of the Polish stand at the exhibition were the Main Council of Research Institutes and the Foundation Women Scientists.