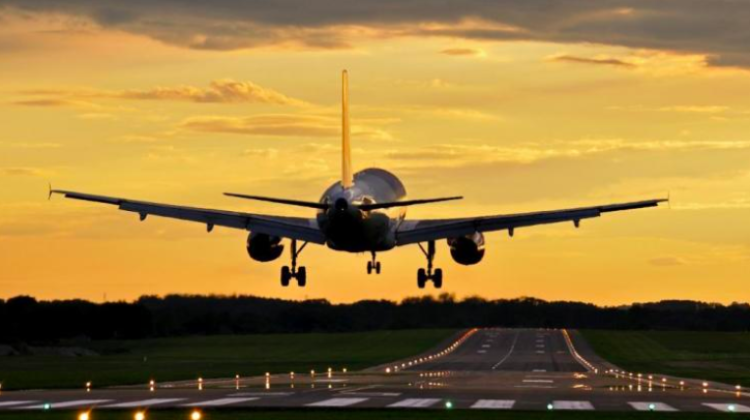 Polymer for the production of aircraft fuselage covering, protecting airplanes against the effects of lightning strikes and cheaper than currently used solutions, has been developed by scientists from the Silesian University of Technology in Gliwice. Statistically, every airliner gets struck by lightning 2-3 times a year.

"This is a potentially big danger, because huge energy is generated, temperature can reach 20,000 degrees Celsius, and an acoustic wave hits the material causing additional damage. That is why systems that protect airplanes against the effects of lightning strikes are necessary" - says project leader Dr. Andrzej Katunin.

Aircraft fuselage covering is made of polymer-based composites that generally do not conduct electricity. "These are usually epoxy resins, which are used as insulators, so they can not conduct electricity. The latest solution is embedding a metal mesh in the polymer covering. Its task is to capture the charge and distribute it to minimize the damage after a lightning strike" - adds the scientist.

But this solution is quite expensive and increases the weight of the aircraft, which is not desirable in aviation. "We have created an alternative that does not reduce the effectiveness of lightning protection, but can reduce costs. The material is completely organic, it does not contain any metal, but it conducts electricity" - explains Andrzej Katunin.

Research on the new material has been conducted for several years. The researchers have synthesized the polymer in an earlier project financed by the Foundation for Polish Science. Later, with their own funds, they finished the invention, enriching it with carbon fibre to add stiffness, they also modified the chemical composition of the material.

Patent application for the material that minimizes the effects of lightning strikes has already been submitted; its commercialisation is probably a matter of a few years, and talks with a potential consortium partner are underway. According to Prof. Katunin, at this stage it is difficult to determine how much cheaper the proposed solution will be compared to currently available materials but the difference will be significant, perhaps even tenfold.