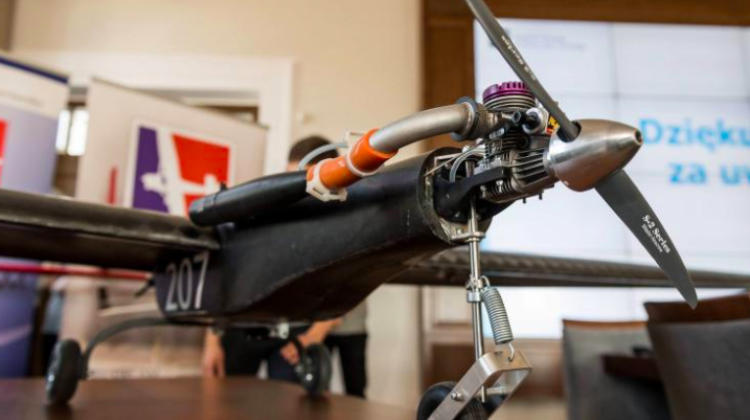 Two aircrafts built by Wrocław University of Science and Technology students will compete in the annual international aviation competition SAE Aero Design West in the US. The competition will take place on 6-8 April in California.

This will be the 10th start of students from the JetStream team of the Academic Aviation Club at Wrocław University of Science and Technology in SAE Aero Design. The main task of competing models is to lift the heaviest payload in relation to their weight. Technical solutions used in the construction of aircrafts are also evaluated.

This year, the team has prepared two aircraft models that will compete in the Micro and Advanced classes. The "Red Bomber", the model that will start in the Micro class, weighs over 400 g and can lift up to 1.3 kg. According to project coordinator Michał Wojnar, aircrafts in the Micro class competition must fit into a container with precisely defined sizes. During the evaluation, the jury takes into consideration the time needed to prepare the aircraft for the flight and the payload/own mass ratio of the aircraft.

The second model is "Dragonfly". It will compete in the Advanced class. The aircraft has a wingspan of 4 m and weighs 7.5 kg. During the competition it will have to lift a 15 kg payload, and then drop it at the designated destination. "The Advanced class consists in building an aircraft that can carry the heaviest possible payload and drop it onto the target from an altitude of about 30 m. This class has no limits as to dimensions" - says Wojnar.

President of the Academic Aviation Club Michał Junik says that work on the project took 11 months, and construction tests have been taking place for two months. 25 people were involved in the project. "The aircrafts with which we will represent Poland and the university are the largest and most advanced technologically. We did a lot of work on their improvement and tests. The aircrafts are entirely our designs" - he says.

Junik adds that aircrafts are made of composites, carbon fibre, and some parts have been 3D printed.

In 2016, the team from Wrocław University of Science and Technology took the second place in the Advanced class, and in 2014 the students won in the Micro class. That was their greatest success in the competition so far.

SAE Aero Design West is organized jointly by American defence company Lockheed Martin and the U.S. space agency NASA. This prestigious competition for students from around the world is organized since 1995. The task of young engineers is to design, build and fly a remote-controlled model transport aircraft.

Students will compete on April 6-8 at Van Nuys Airport in California. Over 50 teams will fight for victory, including teams from the US, Canada, Brazil, Germany and Spain.