Demographer: We can expect a fertility rate increase in major cities in Poland 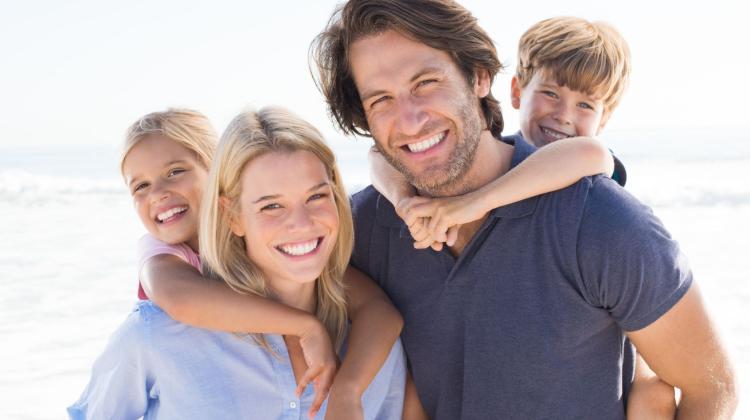 We can expect a fertility rate increase in major cities in Poland in the near future. But despite this increase, populations in the vast majority of provincial cities will still decline in the long-term - says demographer Prof. Piotr Szukalski from the University of Lodz.

"This fertility rate will not ensure a simple generation replacement in the long run, and the inflow of new residents to these cities is too small to compensate for an insufficient number of births" - the expert adds.

Prof. Szukalski reminds that total fertility rate (TFR) is the expected average number of children that would be born to a woman over her lifetime, in the absence of changes in reproductive behaviours over a long period.

Fertility rate has changed significantly in Poland in the last 30 years. According to the demographer, while the fertility rate at the end of the communist Poland more or less guaranteed simple generation replacement (its index was at the level of 2.1), it began to decrease very quickly after 1988.

Then came nearly 2 decades, during which fertility rate decreased steadily both across Poland and in provincial cities, in the case of big and large cities reaching its minima in the years 2002-2005. At that time, the fertility rate in most cities ranged from 0.9 to 1.1.

"The improvement of the situation on the labour market, the economic boom, which occurred especially in the years 2006-08, brought a fertility rate increase, after which fertility in these major cities decreased slightly again following the economic downturn. However, for 3-4 years we have been seeing an acceleration and increase of this value" - says Prof. Szukalski.

In 2016 - according to the Central Statistical Office data - the fertility rate in provincial cities ranged from 1.17 in Olsztyn and Kielce to 1.41 in Warsaw and 1.51 in Gdańsk.

In the entire period of the last 30 years, among big cities there were those that the demographic fate favoured, but also those that have had it much worse. According to the demographer, the situation is best in terms of fertility in the cities such as Gdansk, Rzeszów, Toruń and Gorzów Wielkopolski.

"But there is also a group of provincial cities, in which we are dealing with a long-term low fertility rate. This applies particularly to Opole, which in has the worst long term fertility rate values, as well as Wrocław, Łódź and to some extent Warsaw" - he adds.

However, in the case of Warsaw, after a dozen or so years of very low fertility rates, it clearly bounced back in recent years. "In 2016, it reached the level (of over 1., 4) that had not been observed since 1988" - notes the expert.

According to the demographer, the main factors contributing to the fact that women living in big and large cities have fewer children are the level of education and the level of professional activity. "These two interconnected factors affect the willingness of women to have children, especially a larger number of them" - adds Prof. Szukalski.

He explains that fertility is also spatially diversified. Capitals of provinces largely reflect the procreation preferences of their regions. Hence the very good position of Gdańsk (fertility rate over 1.5 in 2016) that has the backing of Kashubia, the districts that are usually in the Polish top in terms of fertility.

The demographer expects an increase in fertility in large cities in the near future. "It seems that the improvement of the situation in the labour finally market enables more people - not the youngest ones, but those in their thirties - to say that if not now, then when. I expect that the last fairly numerous years born in the second half of the 1980s will want to fully realize their procreative plans on a massive scale" - says Prof. Szukalski. (PAP)