Polish scientists will help land on a Martian moon 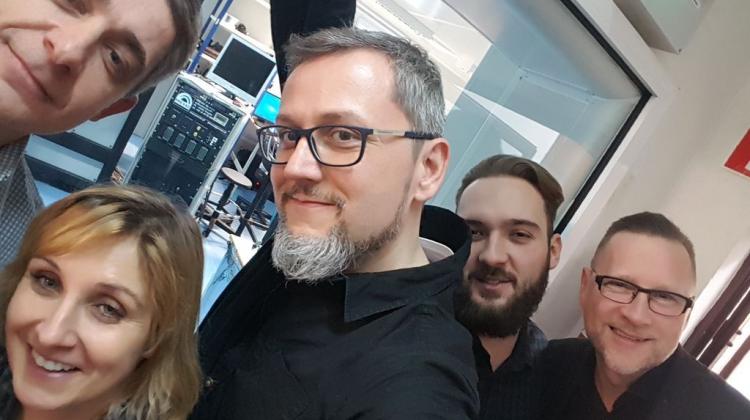 Researchers from AGH UST in Kraków and the Space Research Centre PAS involved in the project. Source: AGH UST

Researchers from AGH UST in Kraków and the Space Research Centre PAS have started a project, the goal of which is the first landing on one of the moons of Mars, reports the AGH UST spokeswoman Anna Żmuda-Muszyńska.

The goal of the project is to launch the first lander to a Mars satellite - Phobos. It is one of the two moons of the planet. Its area is over 6,000. km. The task is difficult due to the conditions prevailing on this Martian moon, which have not been studied in detail.

Scientists assume that the gravitational acceleration on Phobos is over a thousand times smaller than on Earth, and the temperature ranges from minus 4 to minus 112 degrees Celsius. Another problem is limited knowledge about the soil of Phobos (called regolith). When landing, the moment of contact of the lander's feet with the surface of the moon will be crucial. According to the AGH UST release, determining various scenarios of the Phobos surface structure is one of the tasks of the research team from the Faculty of Mining and Geoengineering of the AGH UST in Kraków.

In addition to finding a material with a similar composition to the soil on Phobos, the AGH UST research team will also develop a mathematical model of the contact of the lander's feet with the Phobos' surface. Due to the very low gravitational acceleration, it is important that the lander rests on the ground on the first attempt instead of bouncing off the surface.

"The project is one of many components that will lead to the development of procedures for safe, repeatable landing on asteroids. In addition to scientific exploration and research, asteroids will soon be used as sources of valuable raw materials. Overpopulation of our planet and depletion of its resources means that in the coming years we will witness a rapid development of space mining" - says Dean of the AGH's Faculty of Mining and Geoengineering Prof. Marek Cała, quoted in the release.

The subjects of experimental laboratory work, in addition to reconstructing the conditions on Phobos, will also include the study of the reaction of various soil types to the load of the lander's foot. Simulations of the lander's contact with the surface of the celestial body will be carried out on a mobile platform in one of the rooms of the Faculty of Mining and Geoengineering.

The researchers from AGH UST and the Space Research Centre PAS have two years to complete the project.

The lander's exact launch date and place are not known yet. (PAP)