Hiding leaders in social networks? Researchers have a way! 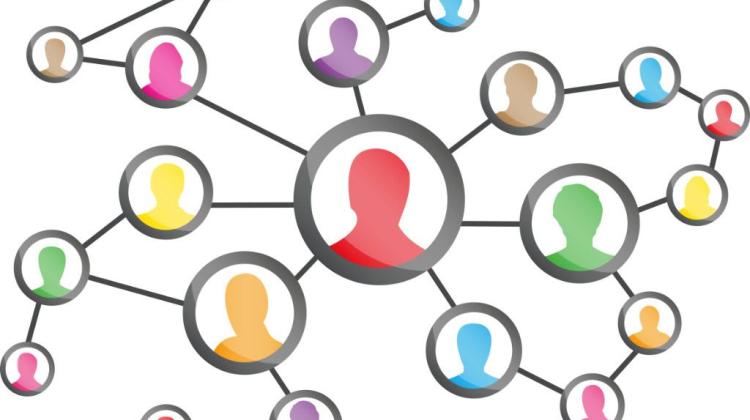 Authorities searching for terrorists or dissidents can analyse social networks and identify the leader of a given group. But there are simple tricks that can fool the current algorithms and hide the importance of key people, study shows.

Who do you email with? Who do you talk to on the phone most often? Who are your Facebook friends? Who do you retwitt, and who retwitts you? Your network of contacts carries a lot of information about you, and it may be publicly available. Security agencies, institutions and other people can collect these data and use them - not necessarily for your benefit.

Analysing a network of connections can help the authorities take down a criminal organisation or identify a terrorist group leader. But these methods can also be used in a way that is hardly beneficial to society.

"A few years ago there were reports on Chinese dissidents and internet censorship. We started to wonder whether bloggers or activists - local opinion leaders - could hide their relevance for specific groups from the tools used for analysing social networks" - Dr. Tomasz Michalak from the Faculty of Mathematics, Computer Science and Mechanics of the University of Warsaw says in an interview with PAP.

Researchers from Warsaw, Oxford and Abu Dhabi have investigated how a person can actively manage web relationships to hide the fact that he or she is a leader. Dr. Michalak's team's paper on this subject appeared in Nature Human Behavior. The first author of the publication is a graduate of the University of Warsaw, Dr. Marcin Waniek (currently a postdoc at the Masdar Institute in the United Arab Emirates).

Currently used algorithms analyse the networks of connections between individuals and identify possible leaders. Key people for a given community are not necessarily those with a lot of friends. Leaders may also be those people, whose position in the network allows them to control important communication channels. Those, without whom the flow of information would be difficult, because, for example, they are the only links between important subgroups.

The computer scientist proposes very simple rules that a leader can follow to remain hidden.

In their study published in Nature Human Behavior, the researchers analysed the actual contacts network of Mohamed Atta, terrorist who was involved in the World Trade Center attack. They used his example to show whom he should introduce to each other, and with whom he should cut contacts to hide his importance.

The solution seems so simple that it is hard to believe that it works. And yet simple solutions are sometimes effective.

Scientists have used IT methods to find solutions. "While we have proven that the optimal solution for problems of this type is computationally difficult, we do not always have to look for the best possible solution. It turns out that even a simple heuristic algorithm, in which the manipulation of connections is limited to the neighbourhood of the hiding person, can be surprisingly effective in practice" - comments Dr. Michalak.

"The results of our research can help ordinary people protect their privacy. But they are also a hint for law enforcement in the context of the analysis of criminal and terrorist networks. It turns out that the leaders of criminal networks, who move very efficiently in the digital world, can hide their real role very easily" - concludes the scientist.