Experts: The EU countries should decide themselves whether they want GMOs 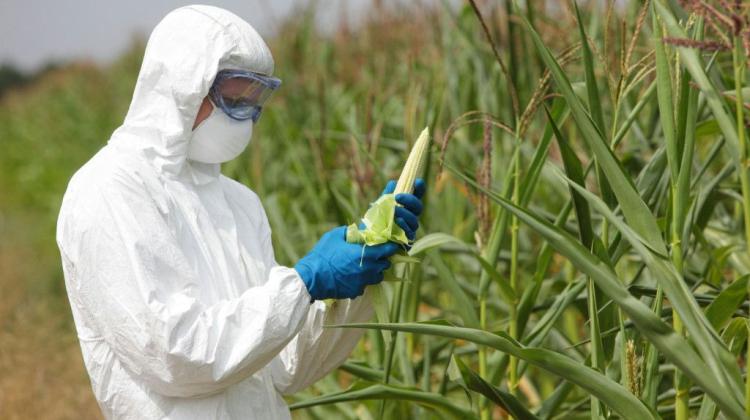 EU Member States should be able to express their willingness to grow GM crops and not, as the current regulations require, report that they do not want to produce GM plants authorized by the EU. An expert group proposes a change of regulations in the journal Nature Biotechnology.

In Nature Biotechnology, an international group of biotechnology experts and lawyers - including the head of the Biotechnology Committee of the Polish Academy of Sciences, Prof. Tomasz Twardowski - proposes changes to the EU directive on genetically modified plants. When it comes to the cultivation of GM plants, experts propose the introduction of the opt-in principle instead of the current opt-out. In their opinion, such changes in the regulations would depoliticise the process of allowing GM crops to be used in the EU.

Both cases concern the authorization, in individual EU countries, of GM plants, the safety of which has already been scientifically confirmed and approved by the European Food Safety Authority (EFSA).

At present, even if growing a given GMO species is allowed at the level of the European Union, each of the member states can "opt out" of this authorisation. Thus, the opt-out directive allows member states to restrict or prohibit the cultivation of GM crops, if there are "convincing grounds" for this, related to, inter alia, environmental or agricultural policy, socio-economic factors, land management or the desire to "avoid the presence of GMOs in other products".

This opt-out option - as Prof. Tomasz Twardowski reported in an interview with PAP - has been used by 19 out of 27 EU countries, including Poland. "These countries, under pressure of their public opinion - because this is the main factor here - decided to remain GMO-free zones. This means that GMO production, processing is not being carried out in their territories" - said Prof. Twardowski.

Meanwhile, experts propose to reverse the matter in the directive. In their view - if EFSA approves a given GM plant - countries should have an option to express the willingness to grow that GM plant in their territory. An earlier, central decision of the European Commission would not be necessary for this.

The proposal would provide a more predictable situation for farmers and the market, commented Dennis Eriksson, the lead author of the publication. He added that thanks to this, the countries that would want it, would have an easier path to growing GM plants. And GM plants - according to Eriksson - may, for example, allow to reduce the use of pesticides, facilitate the production of gluten-free food or improve the nutritional and health properties of food.

However, the authors of the publication emphasize that the risk assessment procedure for GM crops should remain common - as it is today. The European Food Safety Authority should remain responsible for this.

Prof. Twardowski explained that until now the EU had allowed the use of only two GM plants: MON 810 corn and Amflora potato. This corn is produced in five EU countries (Spain, Portugal, Romania, the Czech Republic and Slovakia). However, as Prof. Twardowski added, the Amflora potato is not grown in the EU, because the producer withdrew the product from the local market.

President of the Biotechnology Committee of the Polish Academy of Sciences noted that GM cultivation bans in individual countries are associated with inconsistency. "This is a big nonsense, because the EU imports more than 20 million tons of GM soya meal, of which up to 2 million tons end up in Poland. Soya meal is used as animal feed, mainly for chicken. This means that Polish poultry farming is based on imported GM soya meal" - he said. He added that although Poland has a law that prohibits the use of GM soya meal, this law has been suspended until January 1, 2019.