Which factors shorten the Polish lives? Analysis by researchers from Lodz 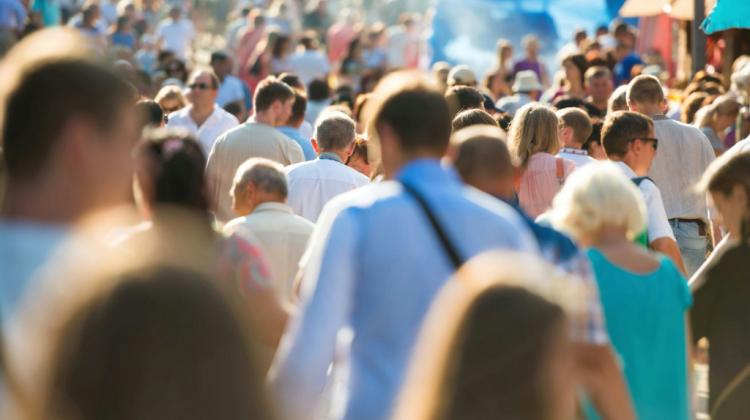 Lung cancer steals more years of life from Polish women than breast cancer. And in men, the annual number of suicides exceeds the number of victims of traffic accidents. Researchers from Lodz looked at why Polish citizens do not live as long as they could.

"We wanted to investigate which causes of death are now the most important in Poland from an economic and social point of view, and how it has changed during the 15 years of the 21st century" - Dr. Małgorzata Pikala from the Medical University of Lodz said in an interview with PAP. Her research - conducted jointly with Prof. Irena Maniecka-Bryła from the Medical University of Lodz - has been published in the prestigious "Scientific Reports".

HOW TO CALCULATE LOST YEARS OF LIFE?

When analysing the causes of these deaths and their social significance, instead of traditional mortality rates the researchers used SEYLL - a measure of the years that might have been lived from the time of death. This is a fairly new standard measure, but already used in the world, also by the World Health Organization. SEYLL - in simple terms - takes into account how many years the prematurely dead person has lost. "This measure used to be based on life expectancy in Japan, because the Japanese are breaking longevity records. Mow it is calculated according to special tables, constructed on the basis of the lowest observed mortality rates for each age group in countries with population over 5 million" - said Dr. Pikala. These tables show how long a person in a given age should live in a model situation. According to this indicator, for example, the death of a newborn means 86 lost years of life, the death of a 30-year-old means 54 years lost, the death of a 60-year-old - 27 years, and the death of a 100-year-old means 2 lost years of life.

"Lost years of life are a better measure, because they take into consideration the social and economic consequences of premature mortality" - said the researcher from the Medical University of Lodz. She said that, for example, that deaths of young people are a greater burden on society than that deaths of people in old age.

The calculations show that per 10 thousand Polish citizens, in 2000 men lost 2,500 years of life, and in 2014 they lost less, almost 2,200 years. In the case of women it was 1430 and 1270 years, respectively. The largest thieves of life in Poland are cardiovascular disease, malignant tumours, external causes of deaths (including in particular traffic accidents and suicides) and diseases of the digestive and respiratory systems.

Researchers divided the causes of death into three major groups. The first group includes infectious and parasitic diseases, diseases related to pregnancy and childbirth, as well as malnutrition. "This group is important in less developed countries, but in Poland - the least common" - commented Dr. Pikala. The second group of causes of death are chronic non-infectious diseases - including cancer or cardiovascular disease. "This is the most common cause of death in developed countries, including Poland" - the researcher told PAP. The third group includes the external causes of death - accidents, suicides.

PLEASE DO NOT SMOKE!

The second group of causes of death - chronic non-communicable diseases - in Poland account for almost 80 percent of all the lost years of men\'s life and 90 percent lost women\'s years. Although the SEYLL factor falls in the case of these causes (that is a good sign), there are groups of people in which unfavourable changes are observed. "For example, the number of years of life lost by women due to cancer, especially lung cancer, increases" - said Dr. Pikala. She added: "It is surprising that the percentage of years of life lost due to lung cancer is higher than for breast cancer. Until recently it was the opposite" - said the researcher.

All this, course, because of cigarettes. According to Dr. Pikala, in the last 15 years the percentage of male smokers dropped from 43 to 33 percent. And the percentage of women smokers did not change - it remains at the level of 23%. The fact that lung cancer in women is now more visible in the causes of death is also related to the culture of smoking. Every second woman born between 1940 and 1960 is (or was) a smoker. "Only now - looking at the causes of deaths - we can see the effects of such a high percentage of smokers from those years" - said Dr. Pikala.

MORE SUICIDES THAN ACCIDENTS IN MEN

External causes of deaths (the third group) account for 15.7% lost years of life in men and 5.3 percent in women. In this group of causes, traffic accidents are responsible for the most lost years of life. "But we have a downward trend here" - commented Dr. Pikala. But she added that there were no favourable changes in the case of suicides. The problem concerns, in particular, suicides of men living in small towns and villages. "Since 2006, among men, the number of suicide deaths has exceeded the number of traffic accident victims. Similar trends are observed in other countries of Eastern Europe" - says the statistician.

"Many authors explained it with the fact that as a result of socio-economic changes, many men experience a reduction of their chances in the labour market, which is often perceived by them as social exclusion and may lead to suicide" - she said. She suggested that the number of suicides could also be associated with the increasing amount of consumed alcohol. In Poland, alcohol consumption per capita has been steadily increasing since 2000: from 7.1 to 9.4 litres of pure alcohol in 2014. Dr Pikala noted that these statistics were inflated by men with secondary and primary education living in smaller towns and villages.

VACCINATIONS - THERE IS SOME CATCHING UP TO DO

Regarding the group of deaths related to infectious diseases, malnutrition, pregnancy and childbirth (the first group of deaths) - as for the SEYLL indicator - we have a downward trend. "Nevertheless, we have a problem with upper and lower respiratory tract infections, and in this aspect we are seeing a upward trend" - said Dr. Pikala. She added: "Authors of various studies explain this, among other things, with the reluctance of Poles to influenza vaccinations". While the European Council recommends that 75% citizens should be vaccinated, statistics show that no more than 5% Polish people are vaccinated against influenza. This does not ensure sufficient reduction of disease occurrence.

Asked about how Polish citizens can take care of their lives for as long as possible, Dr. Pikala responded: "My advice is simple: lead a healthy lifestyle, avoid addictions, engage in physical activity, regularly check your health and vaccinate".