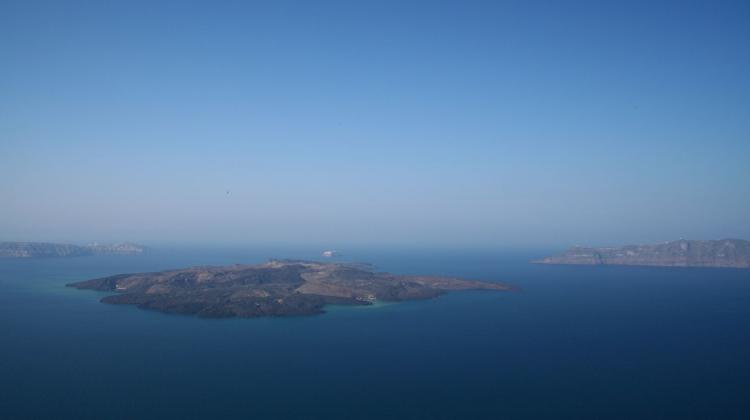 A giant iceberg broke off the Larsen C glacier in West Antarctica in July. It gives an opportunity to conduct research on previously unexplored areas of the Antarctic Ocean and inaccessible ecosystems - told PAP polar biologist from the University of Lodz, Prof. Magdalena Błażewicz.

The eruption of Thera volcano, which destroyed the Minoan culture and changed the climate, could happen earlier than it was thought - scientist from Toruń believes. His research may change the chronology of the Bronze Age of the cradle of our civilization - the Eastern Mediterranean and the Middle East.

Professor Tomasz Ważny from the Nicolaus Copernicus University in Toruń conducts this research in an international team, which includes scientists from the US, Turkey and the Balkans. The research is multidisciplinary, but the main research method is dendrochronology - a branch of science dealing with dating by analysing the annual increments of wood.

"Our primary task is to date the volcanic eruption on the island of Thera, which was the greatest cataclysm in the middle of the second millennium BC. This event is traditionally placed in the years 1450-1500 BC, which is the basis of the chronology of antiquity in the Mediterranean. Recent analyses - mainly radiocarbon dating - suggest that the eruption occurred earlier, possibly even 100-150 years earlier. If this is confirmed, the entire chronology at least of Bronze Age would be turned upside down" - told PAP Prof. Ważny from the Faculty of Fine Arts of the Nicolaus Copernicus University.

The scientist pointed out that some adjustments would have to be made to the list of Egyptian pharaohs that is not complete for the Second Transitional Period, as well as to many other datings that currently structure the ancient times in our culture. The Middle Bronze Age would require a new interpretation.

"We want to clarify this dispute, but we approach it completely from a different angle, using a completely different method: we simply examine annual increments of wood from trees, which were growing during that period and recorded this event" - said Prof. Ważny.

One of the goals of this work is to develop an absolute incremental calendar for the Aegean region. The incremental chronologies developed so far are anchored in time only thanks to radiocarbon dating. In view of the lower accuracy of the latter method, the name "floating chronologies" is adequate. The second goal of the research is to capture the volcanic eruption signal in specific wood grains.

Research is difficult due to the greater volcanic activity in antiquity. That is why the group of scientists led by Prof. Ważny will have to eliminate the possibility of mistakes consisting in attributing the eruption to the eruption of, for example, Etna, Vesuvius or one of the then active Aegean volcanoes.

"This will be the finding of Thera\'s fingerprints. Our research material is wood from the second millennium BC. The intermediate goal is to find this wood, usually preserved only in the form of more lasting charcoals, which requires a lot of searching in a large area. We have some wood from the tomb of King Midas in Anatolia, where a wooden chamber from the eighth century BC is preserved, built of juniper beams made of thousand-year old trees. So it is not important when these trees were felled, thanks to annual growth we can go back in time almost 1000 years. I admit that it is also necessary to look for new research material" - added Prof. Ważny.

Such studies require constant travel, monitoring of archaeological expeditions and good coordination of work of people in many countries, hence they are also expensive.

"We operate not only in Turkey and Greece, but also the Balkans. I try to reach wherever traces of the volcanic eruption can be preserved. The whole blow probably went to the east, but the history from a few years ago - when a volcano in Iceland paralysed the whole Europe in the 21st century - teaches what the scale of such phenomena can be. And this volcano was nothing compared to what happened on Thera ... a smoke from a cigarette. That explosion destroyed a vast area and covered an even greater area with volcanic ash. Volcanic ash layer on Thera has a thickness of up to 65 m. Suffice it to say that it significantly contributed to the fall of the Minoan culture, which occurred only a few decades later" - explained the project leader.

In his opinion, there is no possibility that the event would not be "registered" by the then growing trees. Researchers only need to learn more about reading and decoding this signal. The scientist received a grant of PLN 3.15 million in the Maestro 8 competition for his five-year project "The Balkan-Aegean Dendrochronological Project: The Application of Dendrochronology in the Study of Civilizations of the Southeastern Europe and the Eastern Mediterranean".