About 450 species of fish can change their sex 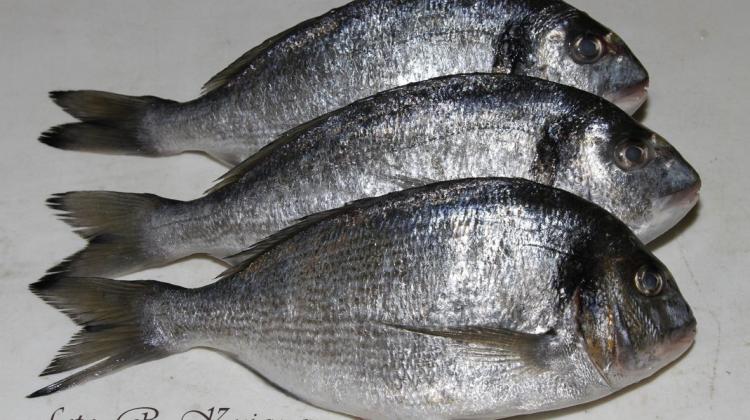 The phenomenon of sex change in individual life occurs in about 450 species of fish, mainly marine species. Depending on the circumstances, the individual may become a female or a male, reproduce with a partner, and when it is a single it may even fertilise its own eggs.

19 families of fish exhibit protogyny - individuals start life as females and then transform into males, while 10 families exhibit the transformation of males into females, that is, protandry.

"The phenomenon of sex change in one way or the other occurs in territorial fish, as well as in fish that live in small isolated water reservoirs, when it is hard to find a partner for reproduction" - explained Prof. Roman Kujawa from the Department of Lake and River Fisheries, Faculty of Environmental Sciences, University of Warmia and Mazury in Olsztyn.

Fish can reproduce in a variety of ways. They exhibit hermaphroditism. An individual has both female and male gonads. In synchronous hermaphroditism, fish with female and male gonads can simultaneously produce eggs and sperm. So may be a female and literally a moment later a male, depending on the need of the moment and circumstance. A fish spawning when here is a same sex individual nearby can quickly change to the opposite sex to ensure reproduction. An example is the belted sandfish (Serranellus subligarius), a small fish found off the coast of Florida. On the other hand, the monogamous hermaphrodite chalk bass (Serranus tortugarum) can change sex 20 times a day.

But there are also fish that change sex in the course of their individual lives. An individual develops one type of gonad, either female or male, and in the course of life they transform into the opposite, influencing gender change. This phenomenon called sequential hermaphroditism occurs, for example, in the gilt-head bream (Sparus aurata), a fish from the Mediterranean that remains a male until the age of 3, and then becomes a female.

"In fish, all forms of reproduction are allowed. The fish, being a hermaphrodite, can also be self-sufficient in terms of breeding readiness. When an individual can not find a partner, it lays eggs and then fertilises them" - explained Prof. Kujawa. That is how the mangrove killifish (Kryptolebias marmoratus) reproduces.

The development cycle of the clownfish (Amphiprion ocellaris) is also interesting. It is a commonly known aquarium fish living in coral reefs. Young clownfish are initially inactive males. There comes the time when the largest individual in the population becomes a female, and the next largest fish - an active male. There is no competition, because the remaining fish are still inactive males. The selected couple begins to breed. But when the female, for example, falls prey to predatory fish, nature will command the male to become a female, and another inactive male quickly shows willingness to reproduce, becoming an active male.

Another fish well known to aquarists, the sea goldie (Pseudanthias squamipinnis), also known as lyretail coralfish, exhibits quite a different behaviour. All fish are born as females and only later one of them transforms into a male. If the male disappears, within a few days the oldest female will change sex to replace it. Some species of fish do not even need a male of the same species for breeding, but a male of any species. This is the case of the Prussian carp (Carassius gibelio), where young individuals are clones of their mother. A male of another species sufficient for reproduction, because its sperm only stimulates the egg to develop, inducing gynogenesis.

Spined loach (Cobitis taenia) reproduces similarly to the Prussian carp - the triploid and tetraploid form. Only the diploid loach is reproduces traditionally. There are also fish species in which the female is so dominant that she can become a male. In the bluestreak cleaner wrasse (Labroides dimidiatus), if a male is missing in a population, the strongest female in the group takes over its tasks.

Nature still surprises us, it is so complex that we can not imagine and predict what else it hides from us - said Prof. Kujawa. (PAP)