Expert: Diversification of crops is the key to food security 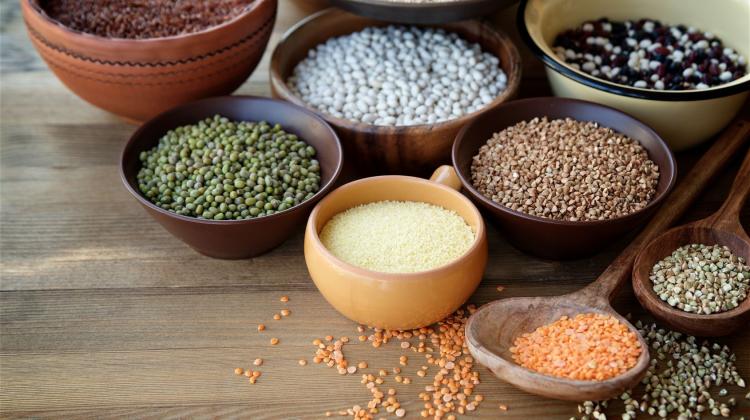 The scientist is a proponent of the wider introduction of "forgotten foods" into the general circulation. He advocated his ideas, which he implements within the framework of the Malaysian organization Crops for the Future (CFF), at the international Falling Walls conference last week in Berlin.

Among the main threats associated with large monocultures - today in the world 60% of produced food is wheat, rice, corn and soybeans - Prof. Azam-Ali named potential diseases. In his opinion, the lives of millions of people could be at risk if only one species of these cereals is attacked by a disease.

Climate change may also contribute to damaging the four most common crops. According to the scientist, these plants were not designed to be resistant, only to give high yield. As a result of human activity, the amplitude of occurring temperatures increased in recent years - cultivated plants also have to cope with the drought, and sometimes with excess of water.

Is growing one highly resistant species the answer? According to the scientist, there is no super-plant that could be number five. We need to have an entire list of such species and use them in a variety of conditions. The scientist emphasised that the key to food security is greater diversity of cultivated species.

It turns out that the solution to the problem is not genetic modification of plants, but a wider use of lesser known species. Professor Azam-Ali reminded that since the beginning of agriculture, people have cultivated 7,000 plant species. Many of them have been forgotten. Which of these can be re-introduced for wider use? Specialist mentioned bambara groundnut, quinoa and moringa.

Some of these forgotten species are not only more resistant to extreme temperatures but also richer in nutrients than common crops, the scientist argued.

The professor focused especially on the promotion of Vigna subterranea (bambara groundnut). The plant grows in Sub-Saharan Africa, in very demanding climatic conditions. It is cultivated mostly by women.

It is very nutritious, rich in protein, contains little fat and it is tasty. It is also resistant to climate change. It grows without special farming, the scientist pointed out.

The scientist\'s analysis shows that bambara groundnut can be cultivated in different parts of the world - in Latin America, in the Indian subcontinent, in Australia and in southern Europe. The plant also grows in south-east Asia.

Another forgotten species identified by the scientist is moringa, which has spread from the Himalayas to Africa. It is a wild tree that grows on almost barren land. And most importantly - it is very rich in nutrients, the scientist emphasised.

Prof. Azam-Ali looks to the future with hope - a few days ago, in the presence of the Prince Charles he opened the Forgotten Foods Network, an initiative of the organization Crops for the Future, of which he is Chief Executive. The goal of this global initiative is to collect and share information about traditional, often forgotten foods, recipes and traditions associated with them.

According to the professor, the main problem today is to convince people to eat these plants, get them to experiment with new flavours. We live in the world with the market fuelled by the needs of the customers, so if there is a demand, these plants will be cultivated on a larger scale.

Many of the forgotten plants are also not used because they used to be considered foor of the poor. Image-enhancing activities can contribute to reversing this trend. One of them was the presence of Prince Charles at the inauguration of the Forgotten Foods Network. During the banquet accompanying the event, moringa tree soup was served and, according to Prof. Azam-Ali, Prince Charles described it as delicious.

Asked whether he was seeing the trend of introducing unknown plants on a wider scale, he said he did, but we were not at the turning point just yet. He mentioned that the number of people are interested in the topic was growing. Two decades ago there was no mention of it, he emphasized and pointed out that people were eating exactly what big companies were offering.