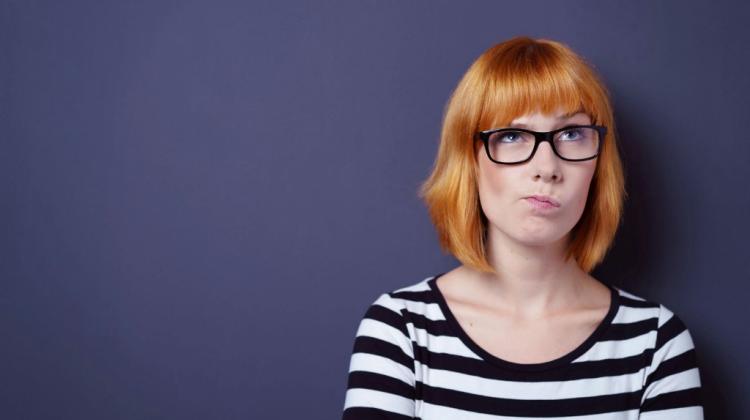 Intuition and rational thinking are two separate paths that must, however, interact so that we can make good decisions, researcher says. She notes that intuition can be studied using hard data, for example by measuring skin conductivity.

Why do some people make the right decisions in their professional and personal lives, while others make one mistake after another? Some can make a good diagnosis based on limited information, for others even a solid analysis does not answer the question. Instinct, sixth sense, intuition? The latter, though it seems to be something elusive, difficult to study with quantifiable data, has for some time been under the microscope. One of the researchers investigating intuition is Matylda Gerber from the Warsaw School of Economics.

"I perceive intuition as a mechanism that supports the decision-making process. It communicates with through emotions: watch out for it, follow it. It is based on a deep analysis of our experience, but runs very quickly and unconsciously" - Matylda Gerber told PAP.

According to a quite common belief, if we use intuition in decision-making, we do not act rationally. According to that view, intuition is in opposition to rational thinking. "Meanwhile, there are studies that show that while intuitive thinking and rational thinking are two separate systems, they still interact during the decision-making process. Using intuition alone is not a good solution, but using only rational analysis is not enough. You have to use both of these paths to find the best solutions for situations" - Gerber said.

The first study of intuition conducted by Matylda Gerber concerned entrepreneurs. Later, she observed research conducted by American researchers for the US government. They supported officials in making decisions in difficult situations. "Thanks to this group I learned about the methods of observing experts during the decision-making process, and the methods of conducting interviews to reveal knowledge that they themselves are not fully aware of" - said Gerber.

She also worked in the United Kingdom, where a system was created to help criminal investigators solve crimes more quickly. "A British professor wrote to me that some analysts were able to solve difficult crime puzzles on the basis of a minimal number of facts. He thought that the reason was his intuition. I was going to investigate it" - Gerber recalled. In the UK, she investigated how the most experienced police analysts make decisions based on the minimum number of facts; she interviewed and analysed the interviews.

"I wanted to see if my results would also work for another group of experts. In Poland, I began to study experienced physicians and headhunters who recruit managers. In all these groups, there are similar mechanisms that use intuition to make decisions" - said the researcher.

When studying doctor\'s intuition, she spent days watching doctors at work. She chose the most experienced, reputable specialists capable of solving the most difficult medical problems. She said that every few days there were situations in which no one was able to correctly diagnose the patient, and those were the ones who succeeded.

In a later stage of her work on intuition, she would like to conduct neurological research and obtain hard data to help determine if intuition actually occurs when making a decision. She will collaborate with Australian scientists who have already developed an initial methodology for studying intuition.

"Intuition communicates with our body by sending nerve impulses. If these impulses are sent with a high frequency, then we have an unpleasant feeling of fear that warns us of danger. If they run slower, we achieve a pleasant state of relaxation. Nerve impulses induce changes in the conductivity of the skin, which is manifested, for example, by more intensive sweating. They also cause heart rate changes. The appearance of intuition can be identified by examining these indicators" - she emphasised.

But sometimes premonitions lead us astray. So how do we identify the intuition that leads to a good solution? "During research on police analysts I found that experienced people who find a solution to a difficult situation usually experience the so-called eureka! moment. We begin to collect information in the direction of our intuition and suddenly this knowledge combined with unconscious knowledge create a new solution. This is the moment that may indicate that we are on the right track to making a good decision" - the researcher described.

Matylda Gerber spoke about her research during the German edition of the conference "Polish Perspectives - Meetup", which took place in Berlin in October. Science in Poland was one of the media sponsors of the event.