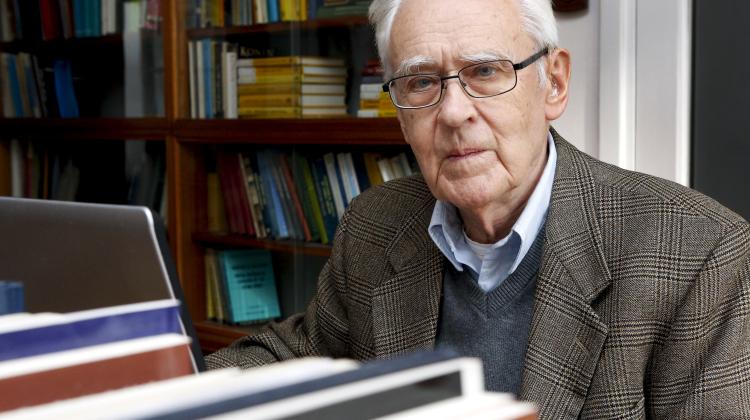 Professors Daniel Gryko - chemist, Krzysztof Pomian - humanist, Andrzej Trautman - physicist and Piotr Trzonkowski - immunologist are the winners of the 26th edition of the Foundation for Polish Science Prize. Awards will be presented on 6th December at the Royal Castle in Warsaw.

The Foundation for Polish Science (FNP) Prize, sometimes called the "Polish Nobel Prize", is awarded in four categories for special scientific achievements and discoveries that shift the boundaries of cognition, open up new research perspectives, contribute significantly to the advancement of civilization and culture in Poland, and ensure our country\'s prominent position in dealing with the most ambitious challenges of the modern world. Each of the winners receives 200 thousand zlotys.

This year\'s award in the field of life and earth sciences goes to Prof. Piotr Trzonkowski from Gdańsk Medical University. He was awarded for studies on regulatory T cells (TREG) and their pioneering use in cell therapy of human diseases - type 1 diabetes, multiple sclerosis and "graft versus host disease". Therapy is based on the patient\'s own cells: collected, multiplied and re-administered. TREG cells weaken the immune system, which damages the patient\'s own organs such as the pancreas in children with diabetes.

The winner in the field of chemical and material sciences is Prof. Daniel Gryko from the Institute of Organic Chemistry of the Polish Academy of Sciences in Warsaw. He was awarded for the development of an original method for synthesis and characterization of porphyrinoids. Prof. Gryko designs and creates such compounds and investigates their photophysical properties. He has developed an effective method of obtaining corroles, organic dyes that are not used for dyeing, but are fluorescent and capable of emitting light. Previously scientists could not synthesize corroles in large quantities. The discovery of the Polish scientist opened new perspectives for research and applications, for example in medical diagnostics.

The award in the field of mathematical, physical and engineering sciences goes to Prof. Andrzej Trautman from the University of Warsaw. According to some, without Prof. Trautman - who has convinced everyone that gravitational waves actually exist, and their detection is possible - there would not be this year\'s Nobel Prize in physics for American and German scientists, thanks to whom these waves were first observed. The professor will receive the most important FNP award all the studies that have made a significant contribution to the theory of gravitational waves. Early work of Prof. Trautman became the basis for most of the later studies on gravity waves theory. As scientists emphasised in the recent public letter to the professor, many believe that these achievements are among the most important results in theoretical physics in Poland after the Second World War.

The winner in the field of the humanities and social science is Prof. Krzysztof Pomian from CNRS in Paris and Nicolaus Copernicus University in Toruń. The received the award for pioneering research on the history of collecting and the influence of science and art on the development of European culture. The jury recognised the publications presenting Prof. Pomian\'s interdisciplinary research of the European history, culture, politics and philosophy. The professor developed the theory of museums and analysed how collecting influenced intellectual life.

The Foundation for Polish Science Prize has been awarded since 1992; this year the foundation will present it for the 26th time.