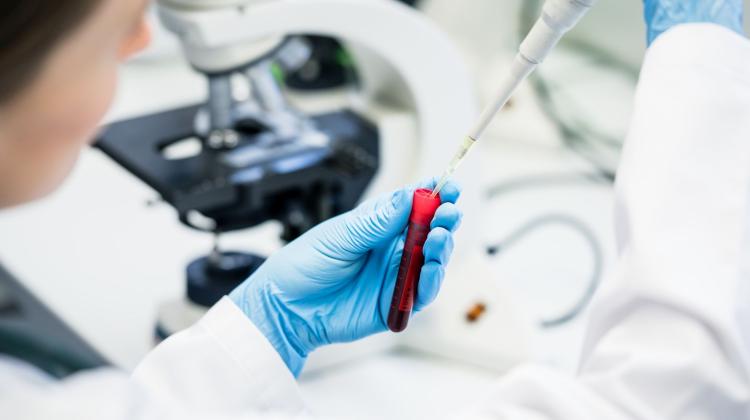 Six Polish women researchers received L’Oréal-UNESCO fellowships for Women in Science on Wednesday. The laureates represent a wide range of disciplines, from chemistry, through math and biotechnology to psychology" - said the jury chairwoman, Prof. Ewa Łojkowska.

The awards were given for the 17th time. The one-year fellowships in the programme "For Women in Science" are awarded for the researchers\' contribution to the development of science and passion and commitment to their work. Fellowships are awarded annually in three categories: habilitation, doctoral degree and master\'s degree.

Laureates of this year\'s fellowship in the habilitation category were: Dr. Agnieszka Gajewicz from the Faculty of Chemistry of the University of Gdańsk, Dr. Anna Michalska from the Institute of Animal Reproduction and Food Research of the Polish Academy of Sciences in Olsztyn and Dr. Marta Mańczuk from the Laboratory of Primary Cancer Prevention at Maria Skłodowska Curie Memorial Cancer Centre in Warsaw. The fellowship amount in this category is PLN 35 thousand.

Two scholarships for PhD students in the amount of PLN 30 thousand went to Wioletta Rut, PhD student at Wroclaw University of Technology, and Monika Riegel from the Nencki Institute of Experimental Biology in Warsaw.

The winner of the scholarship in the master\'s degree category was Anna Konturek-Cieśla, a molecular biotechnology student at the Jagiellonian University in Kraków. She will receive PLN 20 thousand.

All L\'Oréal-UNESCO for Women in Science laureates receive conference scholarships from the Ministry of Science and Higher Education to promote their achievements at international scientific conferences. The distinguished researchers are also active promoters of the idea of engaging women in scientific research among the broad public and the media.

"This year, the choice was difficult not only because there were a lot of candidates, but also because they represented very different areas of knowledge: chemistry, physics, mathematics, biology, biotechnology, medicine and even psychology" - Prof. Ewa Łojkowska said at the awards ceremony. "What the diverse projects that we have decided to award have in common is very high level and possible practical applications" - she emphasized.

"From year to year the award is gaining more prestige in the scientific community" - said Barbara Stępień from L\'Oréal, one of the organizers of the competition. "Our laureates go on to receive other awards - which confirms that our choice was substantively justified" - she added.

At the awards ceremony, the online platform "Academy for Women in Science" was announced.

"This is an international platform, a virtual meeting place for all the awarded women" - said Barbara Stępień. "They often work on very similar things, and the platform gives them an opportunity to exchange scientific experiences and promote their achievements" - she said.

L\'Oreal Polska For Women in Science is organized since 2000. Its partners are the Polish Committee for UNESCO, the Ministry of Science and Higher Education, and since 2016 also the Polish Academy of Sciences. The winners are selected by the jury under chaired by Prof. Ewa Łojkowska. Until 2015, fellowships were awarded to five outstanding researchers. A new category for MA students was introduced in the 16th edition of the programme.

L\'Oreal Polska For Women in Science is part of the global initiative "For Women in Science", created through the partnership of L\'Oréal and UNESCO. Fellowships for talented women scientists are currently awarded annually in 112 countries. Poland was the first country after France to host a local edition of this global initiative. 87 Polish women scientists have been awarded in 17 editions of the programme. (PAP)