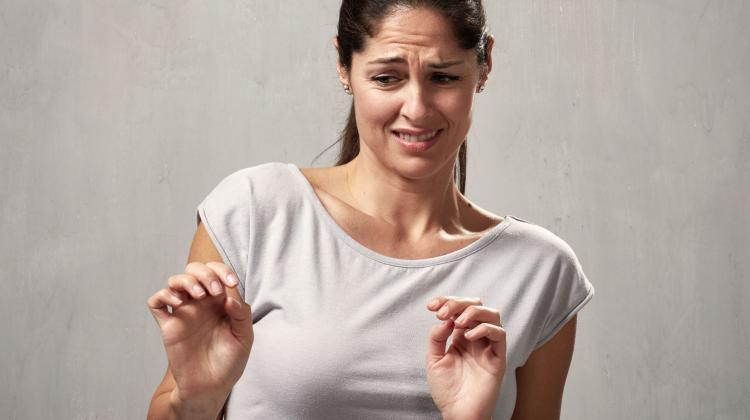 The feeling of disgust increases the chances of our moral judgments being more extreme, psychologists have found.

Researchers from Wrocław and Lublin carried out a survey about moral dilemmas close to a garbage bin, in which they poured a potent smelling wild boar repellent.

They then surveyed passers-by to check whether the feeling of disgust (caused by an external factor) would somehow influence the moral choices they made.

It turned out that people who declared a greater level of disgust during the study were more severe in their moral judgments. They paid more attention to the ethical path to achieving the goal (the end does not justify the means - deontological approach), instead of weighing long-term gains and losses of a given act (utilitarian approach). People who felt less disgust were more inclined to believe that torture was unacceptable, that life-saving drugs with dangerous side effects shouldn’t be given and that killing an innocent person to prevent them from doing evil deeds in the future was also unacceptable.

The key factor was the level of disgust the respondent declared. Not everyone reacted to the wild boar repellent with disgust.

Morality psychologist Dr. Michał Białek from the University of Wrocław said: “We quickly get used to smells and stop noticing them. But the disgust caused by a bad smell can persist. And if someone is unaware of the source of this disgust, they often look for a reason in themselves, for example in the information they process. In the case of the respondents these were moral scenarios. The respondents therefore concluded that they were disgusted by the behaviours they were reading about. As a result, they were more inclined to consider them immoral.”

The mechanism related to the effect of fragrance on feelings has been used in marketing for a long time. In some stores - for example with clothes - pleasant smells are sprayed. We notice the smell when we enter, but then we forget about it. “And the stimulus works all the time and pleasantly stimulates us. There is a chance that we will associate the pleasant stimulation with the clothes we see,” said Dr. Białek

He added “Research shows that we have intuition first, and only then we look for arguments to convince ourselves that this is right.

“It would seem that the simplest approach would be to consider something that harms others as wrong. But that is not the case. Morality consists of many different matters.

“People feel that theft is not very ethical, but neither is... coming to work in pyjamas. But if you ask people why pyjamas offend them, they have a problem with explaining it rationally.” He added that in this case we consider it wrong not because it harms others, but because it breaks social conventions.

EVOLUTION SLOWER THAN THE ADVANCEMENT OF KNOWLEDGE

According to Dr. Białek, morality has its sources in the evolutionary past. He said: “In societies facing a lot of threats, a lot of the unknown, it was better to stick to already tested things, done for a long time, to avoid danger. When there were a lot of diseases and no way to cure them, people tended not to eat or touch anything that smelled and looked disgusting, and avoid strangers  to protect themselves against disease or death. Disgust was the emotion that accompanied those choices.

“It was an adaptation mechanism, useful once, when knowledge of the world was limited. Now, however, this mechanism is starting to fail. A lot of what was perceived as a risk, is not one at all in the light of scientific research.”

“For some people, homosexual sex is disgusting, and thus they consider gay people to be immoral,” he continued, adding that these people then try to rationalize their judgments saying, for example, that gay people are immoral because, for example, they destroy the traditional family.

“So it's not that the first thought is that + gay people pose a risk to the family+ and that's why they cause disgust. It's the opposite: I don't like gay people first, then I find arguments to justify why I don't like them.

“The same is true for aversion to GMOs. Food, in which something has been artificially changed, can deter you. And thus such food begins to be perceived as immoral.”

The mechanism of disgust once allowed people to navigate the world quite effectively. It helped avoid eating rotten foods, touching venomous animals and contacting sick people. “It worked well for centuries, so it has been firmly embedded in us. But now, when survival conditions have changed, this does not have to be the only indicator for assessing behaviour. If I think homosexuals or people with different skin colour are repulsive, it doesn't mean that they are worse, or that this feeling should guide my moral judgments.”

The research (which confirms and clarifies the results of previous research on disgust and morality) appeared in the journal Social Psychological and Personality Science.