What Was in "Primordial Soup"? Possibly RNA and DNA Hybrid 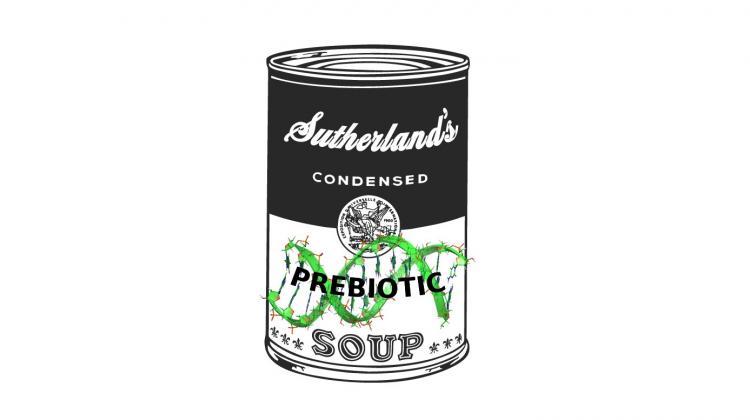 What were the secret ingredients of the 'primordial soup' from which life could emerge some 3.8 billion years ago? Professor John Sutherland's research published in Nature, in which Polish researchers took part, gives a simple, if not obvious answer as to the origins of DNA and RNA. Fig. Robert Góra

There has been a decades-long dispute in science about the chemical compounds that gave rise to life.

Now new research suggests that primordial soup from which life initially emerged contained a hybrid of RNA and DNA.

DNA, made of two strands, is used in living organisms as a durable medium, on which information about their structure is recorded. RNA, in turn, is a single-stranded structure, to which information from DNA is transcribed before protein synthesis. Although RNA is less stable, it can act similarly to enzymes - compounds that support chemical reactions.

Because RNA can perform both functions, the hypothesis has spread of the so-called RNA world, according to which RNA was first and DNA formed later.

RNA BEFORE DNA? POPULAR HYPOTHESIS, BUT A DEFICIENT ONE

The research conducted under the supervision of Professor John Sutherland of Cambridge, which appeared in Nature, proposes a different picture of the beginning of life.

Co-author Professor Robert Góra from the Faculty of Chemistry of the Wrocław University of Science and Technology said: “This work shelves the RNA world hypothesis. Or rather strongly modifies it. It is possible that the first information polymers were hybrids of RNA and DNA. And specialisation came later.”

Another co-author, Dr. Rafał Szabla from the Institute of Physics of the Polish Academy of Sciences and the University of Edinburgh, a START FNP stipend holder, added: “The idea is that DNA and RNA could have formed simultaneously and have a common origin. It is a simple solution. It has been right in fronts of us for many years, but nobody noticed it before.”

RNA and DNA are huge molecules but they only consist of 4 nucleotides, the alphabet, in which the genetic information is written. The letters of the RNA and DNA alphabet are quite similar but not identical.

The hybrid described in 'Nature' would also consist of four letters: two of them analogous to those we know from DNA, the other two to those from RNA.

The scientists identified the pathways of reactions that could have occurred in the 'primordial soup' so that nucleotides could be formed from simple compounds. They took into account the lack of ozone layer protecting the  planet from UV radiation on the young Earth in the Archaic period, about 3.8 billion years ago. In their experiments they analysed photochemical reactions that could occur at high levels of ultraviolet radiation.

It was already known how uridine (U) and cytidine (C), the letters in the RNA genetic alphabet, could be spontaneously formed there. Now scientists have shown how deoxyinosine (dI) and deoxyadenosine (dA) - nucleotides analogous to DNA structures - could exist under similar conditions. Letters from the first two would form pairs with letters from the second two. And this is how information was copied.

WHAT ABOUT THIS HYBRID? WE DO NOT KNOW ANYTHING YET

Scientists have yet to determine whether the DNA and RNA hybrid had one or two strands but Professor Góra has already started looking at the mechanisms of creating intermediate products on the path to the formation of nucleotides.

Dr. Szabla suggested explaining the efficient mechanism of photoanomerisation (conformational changes) on the path of uridine and cytidine synthesis.

The results of this work appeared in Nature Chemistry in 2017.

However, the prelude to the article in Nature were the results of Mikołaj Janicki, who studied the interaction of sulphide participating in the reaction with intermediates and accidentally found a mechanism that could turn out to be a new type of photocatalysis.