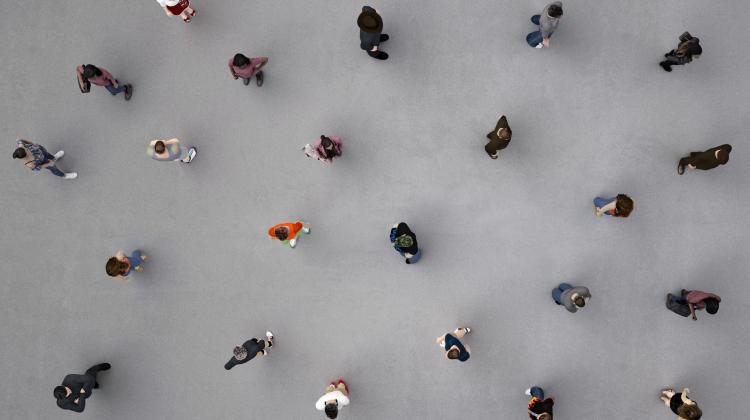 Lockdown has resulted in fewer deaths and less air pollution, a leading expert has told an online lung disease conference.

Addressing the 'Pulmonology 2020’ conference, D. Tadeusz Zielonka from the Medical University of Warsaw said: “This is a paradox, but it results from the fact that the improvement of air quality as a result of social isolation translated into a reduction in mortality due to other diseases, including mainly cardiovascular and respiratory system diseases.”

Zielonka, who is Chairman of the Coalition of Doctors and Scientists for Healthy Air pointed to data from the Central Statistical Office which shows that in April 2020 there were 30.5 thousand deaths in Poland, only slightly over 1,000 of them being related to COVID-19, while in the same month last year there were over 33,000 deaths, and in 2018 over 34,000.

While acknowledging that this was partly due to fewer road accidents because of lower traffic, he added: “There were also fewer deaths in operating theatres due to cancellation of some planned procedures.”

This, he said, was partly due to improved air quality. He said: “It is estimated that the reduction in mortality due to lower air pollution in the European Union during the pandemic could reach 11,000.”

According to data from the World Health Organization (WHO) quoted during the meeting, particulate matter PM2.5 can cause as many as 7 million deaths worldwide. In the European Union, 470,000 deaths are associated with PM2.5, and in Poland this number is estimated at 48,000.

Air pollutants, such as various types of particulate matter (PM2.5 and PM10), nitrogen oxides, sulphur oxides and carbon oxides are responsible for respiratory diseases, but they contribute to many other diseases, in particular the circulatory system diseases.

Dr. Zielonka said: “There is an exponential correlation between the number of cases of viral infections and the concentrations of PM2.5 and PM10.

“The particles are viral carriers, making it easier for viruses to persist in the air. After entering the body, viruses can probably enter the lungs more easily.

“Fine particles act as carriers for many chemical and biological contaminants, including viruses.”

Research in the United States shows that the number of deaths due to COVID-19 is greater on the east coast and in California, which coincides with PM2.5 and PM10 pollution.

Zielonka said: “It was calculated that in the US, a PM2.5 increase by 1 microgram per 1 cubic meter is associated with 8 percent increase in COVID-19 mortality.”