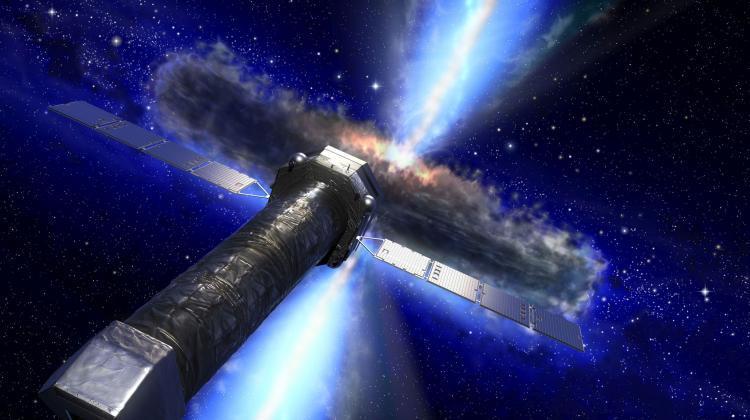 Polish engineers from SENER Polska have completed functional tests of the prototype mechanism necessary for the ATHENA mission, one of the European Space Agency's largest missions to explore the formation of galaxies and black holes.

The ATHENA (Advanced Telescope for High Energy Astrophysics) probe is a huge, 12-meter x-ray telescope which, due for launch in 2031, will study how black holes grow and how they effect the shape of the universe.

The probe will make around 300 observations of selected parts of the Universe every year and is planned to last for five years.

The instrument selection mechanism (ISM) designed by engineers from SENER Polska will be used to change the position of the telescope mirror so that the beam of rays goes to one of two scientific instruments.

Functional tests of the ISM prototype confirm that the device works as intended, is suitable for further development and can be used in a space mission. During the project, SENER Polska cooperated with 38 Polish partners and research institutes, which were responsible for the production of components and devices.

Katarzyna Okulska - Gawlik, the project leader at SENER Polska said: “The size of the mirror causes the biggest engineering challenges. It is over 2 meters in diameter and weighs over a ton. During the launch, our mechanism will have to withstand a g-force of 15 g. In its design, we used an innovative SENER solution: the device is a hexapod, a structure that uses six servomotors to precisely move the mirror in many planes.”

The ATHENA mission also uses another product of SENER Polska: the HDRM (Hold-Down and Release Mechanism), which will ensure that the huge telescope mirror remains immobilized until the probe is in orbit. Then, the mechanism will be released and it will be possible to move the telescope mirror.