Being fat and old is good for your skin, says new research 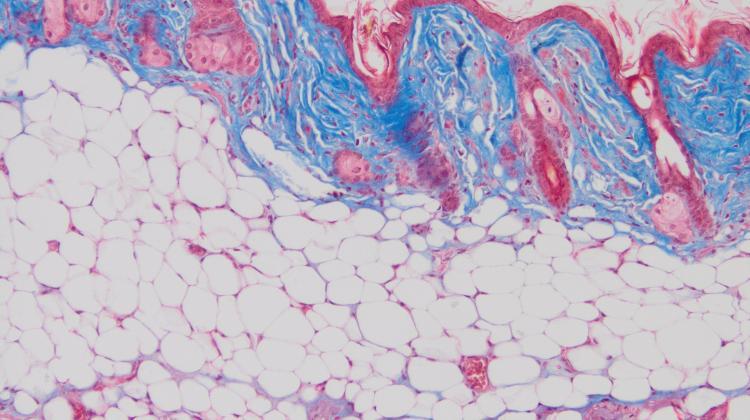 Getting fat and old may not sound great, but it could save you from scarring if you cut yourself.

Although most efficient in younger people, the process of healing skin wounds can also be efficient in old age, new research has found.

By carrying out experiments on laboratory mice, researchers from the Institute of Animal Reproduction and Food Research PAS found that depending on the age of the individual, the condition of the skin and the presence of the intradermal fat layer, skin wounds in older people can also repair but with less noticeable scarring.

Professor Barbara Gawrońska-Kozak said: “In the world of mammals, including humans, scarless (regenerative) healing of skin injuries takes place only in utero.

“In adulthood, skin injuries heal with the formation of a scar, which is good because it allows to quickly restore the continuity of wounded skin and its protective function. However, there are hypertrophic scars that can be a curse as they limit mobility, disfigure and generally make life more difficult.

"It is interesting that the healing of skin injuries is slower in old age, but a much smaller, softer scar forms. My previous studies in the US on mice have shown, however, that there are individuals that heal skin injuries scarlessly in adult life. These mice differ from other strains by the lack of the Foxn1 gene, which in mice and humans occurs only in two areas: in the thymus and in the skin.”

The professor and her team suspected that the Foxn1 gene is of great importance for the formation of a post-traumatic scar in the skin. Their research confirmed this. But a new question appeared: 'Does Foxn1 expression change with age or diet? And do these changes affect the skin injury healing process, given the differences in healing between foetuses, adults, and the elderly?'

To verify this, the group of biologists conducted studies on mice (mouse model) with reduced expression of the Foxn1 gene, which means that their bodies produced less protein encoded by the gene. The results were compared with those obtained in the control group of animals. Young (4-5 months) and old, (2 years) mice were used, their age roughly corresponding to the human age of approximately 30 and over 70 years. Mice were fed a standard or high fat diet.

Professor Gawrońska-Kozak said: “Recent studies have shown that in addition to the well-known subcutaneous adipose tissue, the skin also has intradermal adipose tissue, of which little is still known. Research shows, however, that it is involved in thermoregulation, in the skin's immune response and in wound healing.”

Although age had the most significant effect on skin condition, the combination of two parameters - age and sex, and then diet - could change the condition of the skin and the skin injury healing process.

The study has shown that the skin becomes thinner with age, but the skin of old mice fed a high-fat diet that causes weight gain has the same thickness the skin of young mice. In this case, the loss of thickness is compensated by the growth of the intradermal fat layer.

The injury healing process of skin is fastest in young and slim mice (the fastest skin reconstruction). In young but obese mice it is slowed down. Similarly, it is slowed down in old mice, regardless of whether the individuals are obese or slim. However, the size and thickness of the scars were much smaller in old mice. 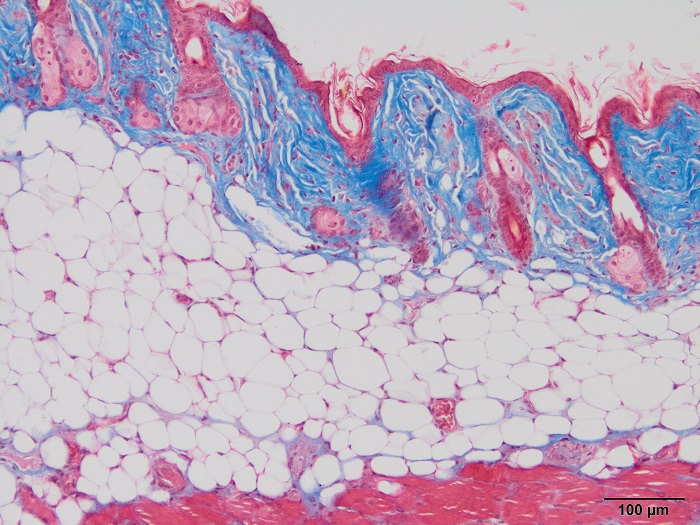 "Our research on the mechanism of regulating intradermal tissue indicates that the Foxn1 gene is included in these regulations and it may affect the skin condition and the injury healing process,” said Professor Gawrońska-Kozak.

She added that the expression of the Foxn1 gene is highest among adults, which results in scar healing. It is not present in foetuses, whose healing is scar-free (regeneration). The expression of this gene is lowest in old individuals (reduced scar formation).

“In summary,” she said, “it can be said that skin condition and healing is most efficient in young mice. In old mice, a reasonable increase in body weight - in conjunction with intradermal adipose tissue increase - is good for the appearance and function of the skin. This is particularly evident in females. Skin condition, variability during the ageing process, regulation of the presence of the intradermal fat layer, and healing method are all regulated in part by the Foxn1 gene. 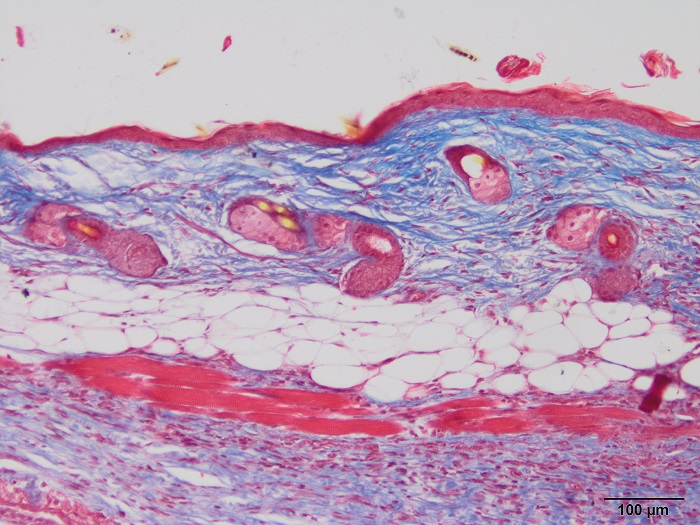 “To sum up the results of this research, one could say that being an older, pleasantly full-figured lady has its benefits.”

The members of her team are Marta Kopcewicz, Katarzyna Walendzik, Dr. Joanna Bukowska, Dr. Anna Kur-Piotrowska and Sylwia Machcińska. The results of their research have been published in two scientific journals: the Journal of Investigative Dermatology and Aging US.