Gowin: Polish Rapid Coronavirus Test Could Be Available This Fall 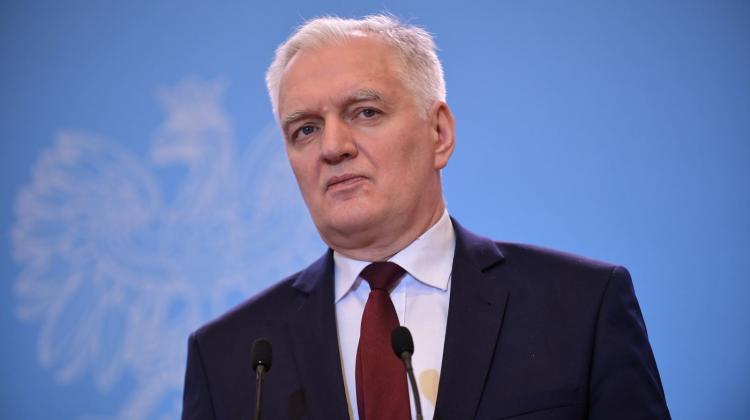 A rapid coronavirus test which could be available by the autumn is being developed by scientists from the Małopolska Centre of Biotechnology at the Jagiellonian University.

Deputy Prime Minister, Minister of Science and Higher Education Jarosław Gowin, told Polish Radio 24 that so far “both the predictions and the steps taken by the Polish government to prevent a faster spread of the epidemic than the model predicts are effective.

“Every day the crisis management team meets and every day Minister Szumowski presents forecasts. So far, these forecasts have been impressively accurate.”

He added: “Nobody knows exactly how the virus will behave, for example, in a weather change situation. It is known that its activity decreases temperatures above 20 degrees Celsius. It does not die, but it ceases to be so dangerous.

For now, the government’s operations are based on several different scenarios. We also have to consider the worst-case scenario, which is taken into account, for example, by the British government, i.e. that the epidemic will continue until spring 2021.

“Suspending the activities of large sectors of the economy for a period longer than a few weeks would be very difficult for the entire Polish economy'. For now, we assume that the realistic scenario is a return to normal functioning after Easter, but we must also be prepared for more difficult scenarios.

“At present, experts from various areas, not only crisis management, are working on alternative solutions.”

Gowin also mentioned the work of scientists on the coronavirus vaccine, saying that Polish scientists “participate in this research as members of international teams.”

“On the other hand, researchers at the Małopolska Centre of Biotechnology of the Jagiellonian University, specifically Professor Krzysztof Pyrć, the best Polish virologist, are close to a developing rapid coronavirus test. Maybe such rapid Polish tests will be available in autumn.”