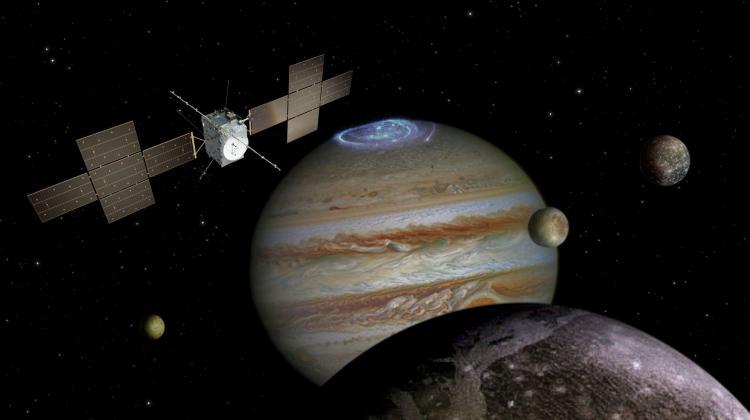 A Polish company has won a contract to manufacture devices for mounting solar panels onto a satellite for one of the largest interplanetary missions in history.

SENER Polska beat off competition to design and manufacture a set of devices supporting assembly and testing of solar panels for the JKUpiter Icy moons Explorer (JUICE) satellite, one of the largest missions of the European Space Agency (ESA).

Due to fly towards Jupiter in 2022, the satellite will study the atmosphere of the largest solar system planet - Jupiter and its moons: Europa, Callisto and Ganymede. It is believed that there is liquid water under the ice surface of the moons. And where there is water, there may also be life.

The satellite will be equipped with the largest solar panels in the history of interplanetary missions, with an area of 97 m2. This size is needed to provide the probe with power supply at a large distance from the Sun. Equipped with 10 measuring instruments, the probe will need as much as 850 W.

The devices from SENER Polska will enable the assembly of panels, help transport them and enable them, to carry out key vibration and functional tests.

The Polish company is responsible for the design and manufacture of the Support Frame, a device used to lift, rotate and transport solar panels with a vibration adapter. It is also responsible for the supervision of the production in Poland of four types of devices designed by the client, Airbus Defence and Space Netherlands.

As part of the JUICE mission, SENER Polska also takes part in simulations of components of a 10-meter magnetometer boom. Thanks to the boom, it will be possible to place scientific instruments away from the probe in order to avoid magnetic interference.

The company will also build a microgravity simulator that will be used for the final tests of the magnetometer boom on Earth. It is also responsible for the production, testing and verification of the components of the reflector of the main antenna for communication with the Earth (the Medium Gain Antenna Major Assembly - MGAMA).

The mission is scheduled to launch in mid-2022. The date is fixed because of the favourable alignment of Earth, Venus and Mars at that time which will enable the probe to use their gravitation for assistance. After travelling 600 million kilometres, the probe will enter the orbit of Jupiter in 2029, where it will perform observations for at least three years. (PAP)