Scientists will test whether pain can be learned 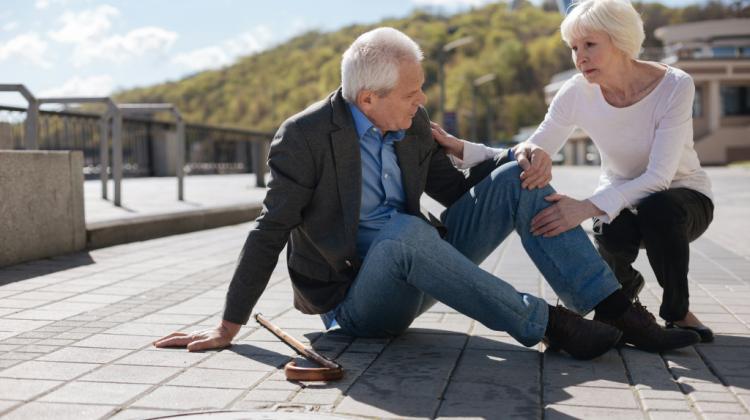 About 30 percent people who have already healed painful wounds still feel pain because of them. Scientists believe that the reason may be that in the past the pain was "rewarded", for example, with attention of relatives or financial support. In two experiments, they want to see if the pain can be learned in this way.

Every day, hundreds of thousands of people all over the world experience the pain associated with damage to their bodies. As the healing process progresses and the inflammation around the injury decreases, the experience of pain usually decreases and eventually disappears completely. Unfortunately, in about 30 percent people affected by pain, this scenario does not occur. On the contrary, non-specific pain persists. It can not be reduced by "fixing" the body that is already repaired.

What mechanism could be responsible for persistent non-specific pain? How should it be treated and what therapy should be used? This issue will be investigated by researchers from the Pain Research Group at the Institute of Psychology of the Jagiellonian University.

"Researchers all over the world are still searching for the answer to the question why so many people feel pain, although they are already healthy and their bodies have healed? We are trying to find methods, theoretical models that will help explain this" - told PAP Wacław Adamczyk from the Pain Research Group at the Institute of Psychology of the Jagiellonian University.

Researchers from the Jagiellonian University will test one of the hypotheses, according to which some people are in pain for years because they have been "rewarded" for their pain in the past. In short, they have learned that feeling pain can bring them certain benefits. "The simplest explanation is that for a person who suffers and feels pain, very often the reward is the support of loved ones. The fact that the person is rewarded with attention primarily when he or she feels pain causes the perceived pain to be strengthened. Of course, we should show compassion and interest to the sick, but we should remember to show support for them not only when they feel pain" - noted Adamczyk.

This theoretical model has gained a lot of attention in the scientific community, as reflected in the recent popularity of behavioural pain therapy. The theory of pain as a learned behaviour - the researcher emphasised - does not have a solid foundation in experimental research yet. The results of research conducted so far do not allow to conclusively determine whether the hypothesis of learned pain is true.

In the experiment planned by researchers from the Jagiellonian University, healthy participants will be subjected to the so-called instrumental conditioning in which they will receive a series of stimuli causing pain. As the assessment of the pain they experience increases, they will receive positive reinforcements - rewards. However, if it reduce, the respondents will receive punishment. If the learned effect of felt pain persists despite the fact that the stimulus applied is not in fact "painful", the model of learned pain will be confirmed.

In the second study, the researchers will use a different learning mechanism, the classical conditioning. The light stimulus will precede the experience of pain, while the lack of light stimulus will precede the experience of touch. Finally, however, subjects will be subjected to the same tactile stimulation, regardless of the presence or lack of light stimuli. If it turns out that they experience pain after the presentation of the conditioned stimulus, it will mean that it is a learned response triggered by conditioned stimuli.

"If this model turned out to be true, it would have major consequences for the specialists dealing with pain. Therapy would consist in gradually identifying those stimuli that are associated with persistent pain. If they are identified by the therapist, they can be eliminated during therapy" - Wacław Adamczyk told PAP.

For each of the two experiments, scientists need about 90 people, both men and women. Electric pain stimulus will be applied to them by means of a certified devices with controlled parameters. In the beginning - according to Adamczyk - the intensity of the stimulus will have to be determined individually for each volunteer. For some, the intensity of 10 milliamps is barely perceptible, and in others it causes severe pain.

Wacław Adamczyk received funding for his research in the Prelude competition organized by the National Science Centre.