Should habilitation cease to exist? Discussion among scholars 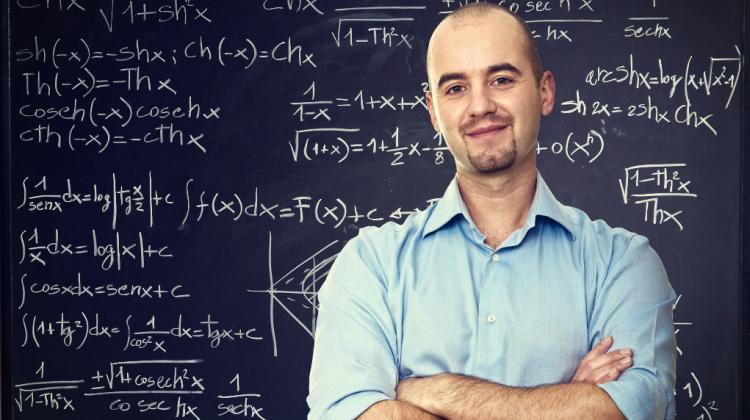 Reform of science will not eliminate habilitation, but its role will definitely decrease. According to the President of the Polish Academy of Sciences Prof. Jerzy Duszyński, maintaining the habilitation degree is a "controversial decision". In turn, former President of CERN Council Prof. Agnieszka Zalewska believes that at this point it is a necessity.

"And besides, I think that Carthage and habilitation should not exist" - member of the European Research Council (ERC) Andrzej Jajszczyk concluded his statement at one of the panels of the National Congress of Science in Kraków. This was not the only voice of criticism concerning habilitation in the academic community.

PAP asked representatives of the academic community what they think about the habilitation solutions proposed in the new draft law on higher education and science, Law 2.0.

The bill provides for the postdoctoral habilitation degree. Obtaining this degree will probably be more difficult for most people. Significant scientific or artistic achievements will be required, as well as demonstrated scientific activity in more than one academic institution, "especially in foreign countries", as described in the project. In addition, two negative reviews of the habilitation committee members will make it impossible to obtain a habilitation. Habilitation will not be required, for example, to become a university professor. In exceptional situations, eminent scientists without habilitation will also have the chance to become full professors.

Former President of the Polish Academy of Sciences Prof. Kleiber commented in an interview with PAP: "Habilitation will remain, but as if it has not". He explained that the habilitation used to be necessary and was supposed to be a test of skills. But as it became necessary to advance, a degradation of procedures occurred. "In my opinion, habilitations are in a very poor state at the moment, their level has dropped significantly. Something has to be done here" - he said. In his opinion, the selected solution is "a compromise with the community". The Ministry of Science did consider removing habilitation completely.

The current President of the Polish Academy of Sciences Prof. Jerzy Duszyński acknowledged that "a very controversial decision to maintain habilitation has been made". "We are practically alone in this system. Other countries that are developing well in science do not have that degree. I believe that at this point, considering the transparency of achievements, one can evaluate the achievements of a person by reading some of that person\'s good publications. Once we do that, we know whether that person has scientifically matured or not" - he assessed. The President of the Polish Academy of Sciences said that a long period of career was devoted to the pursuit of a degree which, according to him, was an anachronism.

President of the Conference of Rectors of Academic Schools in Poland Prof. Jan Szmidt, Rector of Warsaw University of Technology, was of the opposite opinion. "I do not understand those who dislike habilitation. (...) If someone says that habilitation is a great effort for someone who wants to achieve it, it is untrue" - he said. According to the head of CRASP, habilitation is a formal evaluation of achievement. The Rector of Warsaw University of Technology pointed out that everywhere in the world researcher\'s work is reviewed after a few years. In his opinion, this "prevents harming a person". He explained that working in science is not like "working at a shoe factory". "Driving nails alone is not enough. We expect something new from researchers, an added quality" - he pointed out. According to Shmidt, a person should man quickly - for example at the age of 30 - learn whether he or she is fit to work in science, or should rather change jobs.

Professor Szmidt admitted that the fields of science are so different that perhaps habilitation "is needed and required in some sciences and fields, and in others - such as medicine - maybe not".

Former President of CERN Council Prof. Agnieszka Zalewska from the Institute of Nuclear Physics PAS in Kraków believes that habilitation is a necessity for now, because the level of doctoral dissertations is quite often a matter of concern. "Until it becomes clear that we have very good doctoral dissertations (...), I believe that habilitation is needed" - she said. She agreed that the new law is a step towards raising the level of a doctoral degree. "But will takes time, it will not change overnight. I think a transitional period with the degree of habilitated doctor is needed" - she said.

On the other hand, President of the General Council of Science and Higher Education Prof. Jerzy Woźnicki said: "In my opinion, there is no need for a habilitation degree. But a habilitation is needed to distinguish among all the doctors those, who deserve to create new doctors". He compared that not every lawyer becomes a judge. According to him, not every doctor should be allowed to be a judge who verifies the achievements and competences of other people who seek to obtain a degree.

The bill opens the way to fast habilitation - and scientific independence - for those who have led prestigious international research grants (such as the ERC grants). Prof. Duszyński liked this idea: "That\'s it!" - he said. Prof. Zalewska concurred. "When a young scholar\'s work is so indubitable, there is no point to take that person\'s time doing a formal degree" - she commented.