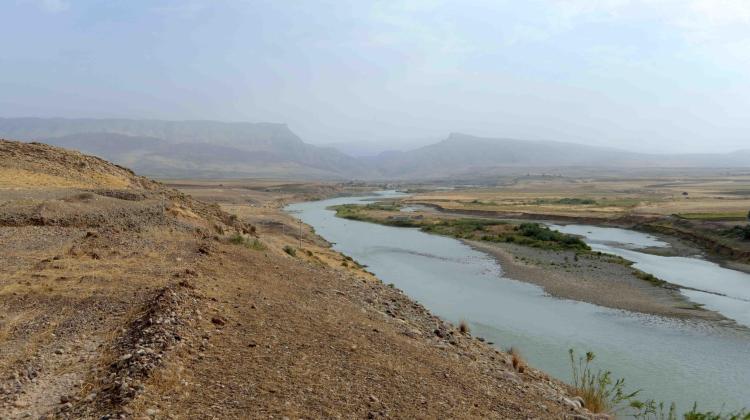 More than 200 previously unknown remains of villages and an ancient city have been discovered by Poznań archaeologists during a long-term research project in northern Mesopotamia - present day Iraqi Kurdistan.

Scientists have concentrated their efforts on the western and eastern banks of the Great Zab in Iraqi Kurdistan. This is the area called Fertile Crescent, where more than 10 thousand years ago man domesticated plants and animals.

The license granted to the Poznań scientists covers an area of about 3000 square kilometres - about a quarter of the Opole province area. Three other archaeological teams from Germany, Italy and the USA are working in adjoining areas. The work of the Polish team is funded by the National Science Centre.

"This is a grassroots initiative of scientists from several countries. When the Iraqi Kurdistan area became available to foreigners, we decided to begin researching it for archaeological remains" - told PAP the leader of the Polish expedition, Prof. Rafał Koliński from the Institute of Archeology, Adam Mickiewicz University in Poznań.

The area of Iraqi Kurdistan was unreachable for scientists between 1974 and 2005 due to unstable political situation. The emergence of the autonomous region of Kurdistan contributed to the improvement of security and stabilised the internal situation, although recently it has been threatened by the so-called Islamic state.

The work of the Polish team, launched in 2013, consists in performing surface surveys (a systematic search for historical objects on the surface).

"The area we are working was virtually unknown archaeologically. Up to now, it has been estimated that there are about 60 archaeological sites in the area. Our research allowed to increase their number to 250. This result shows how valuable the Polish team\'s work was" - said Prof. Koliński.

During archaeological exploration, scientists discovered a total of a dozen thousand objects lying on the surface of the earth. "They are mainly pieces of broken ceramic vessels. Interestingly, some of them are types that have not been known before" - noted Prof. Koliński. In addition, archaeologists found many flint tools, ceramic animal figurines and ancient coins.

As the most important find, the head of the Polish project points to the discovery of the remnants of a city that existed at the end of the 3rd millennium BC. Its outline is semicircular and the diameter recorded by archaeologists is about 300 m.

"This is a surprising discovery. Another town of similar size had not been founded in the area until the Middle Ages" - noted the archaeologist. In his opinion, this was an independent administrative centre, a seat of a prince, who ruled a vast and fertile land. Probably in the 2nd millennium the decline of the city began and over time it disappeared, because this part of Mesopotamia was then within the borders of the Assyrian state.

Researchers will now be trying to determine its name.

"Unfortunately on the surface we did not come across any signs written in cuneiform, but from the archives in southern Mesopotamia there are known texts that list the cities in the north" - added the project leader.

Archaeologists have noticed that a large number of villages and towns emerged in their study area in the 4th century - this is another finding of the Polish project.

"An explanation of that can be found in historical sources. After the teachings of Bishop Nestorius were determined to be heresies in Constantinople, he and his followers escaped from Byzantium. Some of them came to the Persian Empire, the area of northern Kurdistan" - added Prof. Koliński. The fact that large construction activity should be associated with the appearance of Christians is confirmed by the fragments of vessels with crucifix signs discovered by Polish archaeologists.

Researchers from four research teams presented the results of their work in Iraqi Kurdistan at the conference "Assyrian landscapes. Current research." in Poznań, which took place on 18-20 May.