Małopolskie/ Mines in Bochnia and Wieliczka to host an international conference 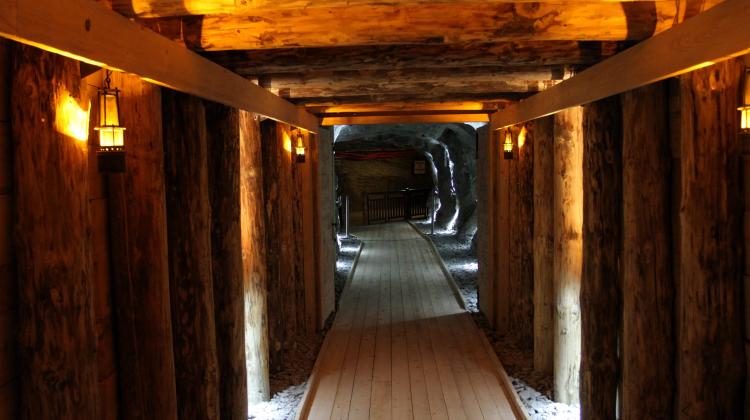 The salt mines in Bochnia and Wieliczka will jointly organize by the International Conference of Mining and Underground Museums in 2018. On Thursday, the directors of the two mines signed an agreement to that effect - told PAP Anna Włodarska from the Wieliczka salt mine.

The conference will also provide an opportunity to celebrate the five anniversaries in 2018.

Next year it will be 40 years since the Wieliczka Salt Mine was inscribed on the UNESCO list of World Heritage Sites, and 5 years since the extension of that entry to include the mine in Bochnia and the Saltworks Castle in Wieliczka. 2018 also marks the 650th anniversary of writing down the Statutes of the Cracow Saltworks (1368), the document that clarified the rules of operation of the salt industry (with minor modifications it remained in force until the year 1649). It will also be the 500th anniversary of the "Brief and accurate description of management and relations in the Wieliczka-Bochnia Saltworks in 1518", which is listed in the Polish National List of the UNESCO " Memory of the World International Register".

The year 2018 marks the 100th anniversary of Poland\'s independence. Wieliczka miners celebrated independence as early as 3 November 1918. During the partitions of Poland, Wieliczka Salt Mine was the bastion of Polish national identity, and visiting the mine was considered to be a patriotic duty.

The agreement on cooperation in the organization of the conference was signed by the president of the Wieliczka Salt Mine Zbigniew Zarębski, director of the Museum of Cracow Saltworks "Wieliczka" Jan Godłowski and president of the mine in Bochnia Zbigniew Rojek.

The Conference of Mining and Underground Museums is a periodic event, until now organized by the Cracow Salt Works Museum with participation of mainly Polish museum workers. In 2018, representatives of historical mining facilities as well as institutions and universities associated with the history of the mining industry worldwide will be invited to the conference. In Wieliczka and Bochnia they will not only discuss and exchange experiences, but also explore and learn about the mining traditions of Małopolska.

Wieliczka Salt Mine, together with salt mine in Bochnia, saltworks and storages formed the royal company Cracow Saltworks, established in the late 13th century. The company operated for nearly 500 years, until the first Polish partition in 1772. Cracow Saltworks, was the largest of industrial plant in the Polish Republic, and one of the largest in Europe.

Organized tourist traffic in the Wieliczka Salt Mine started in the late 18th century. In 1978 it was placed on the original UNESCO list of the World Heritage Sites. In 2013 the UNESCO World Heritage Site was expanded by the addition of the salt mine in Bochnia and the Saltworks Castle in Wieliczka. Thus, all three objects related to the history of salt mining in Małopolska have been inscribed as the "Royal Salt Mines in Wieliczka and Bochnia".