Scientists From the University of Silesia Use Nanomedicine to Fight Cancer 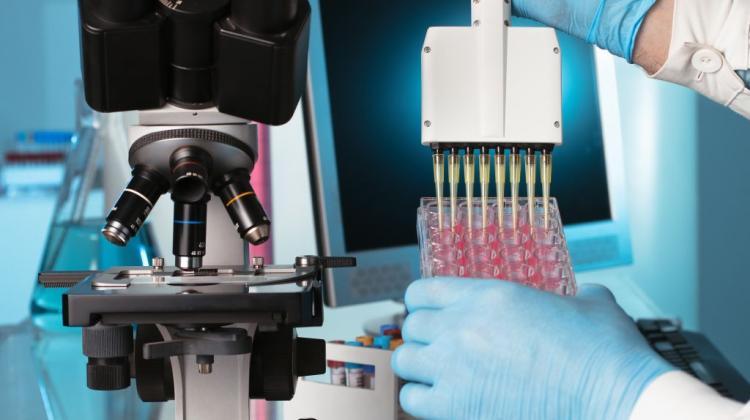 Dr. Maciej Serda, a chemist from the University of Silesia, is looking for a medicinal substance that would work only on cancer cells and could be administered in small, nanomolar doses. His most advanced research concerns water-soluble derivatives of fullerene, a type of carbon molecule.

According to the University of Silesia, nanomedicine (research in the field of nanotechnology used in medicine) has enormous potential in new cancer therapies, including difficult to treat pancreatic cancer.

`This type of cancer usually creates a hard cover for your tissues, which is why traditional medicinal substances simply cannot reach it. Nanomedicine can come in handy,’ Serda was quoted in a press release.

Particle size is crucial. A cancerous tumour usually grows very quickly. Its tissue has specific metabolic and physiological properties. One of its elements are chaotically growing vessels. As a result of this, holes appear and their diameter can vary between 100 and 1000 nm, we read.

`This tumour tissue is therefore in a sense +leaky+. Its increased vascular permeability called EPR (enhanced permeability and retention effect) is interesting from the point of view of nanomedicine. Properly designed carbon nanomaterials together with medicinal substances can easily get through the walls of the tumour tissue to diseased cells and destroy them,’ Serda said.

The scientific discipline of Dr. Serda’s team is called medical chemistry. `The Himalayas of scientific prestige for us are chemical compounds characterized by two traits: high biological activity and selectivity. In other words, they must act like we want them to in a precisely defined place in a living organism. As a result, a therapeutic substance acting only on cancer cells and administered in small, nanomolar, and therefore safer doses could be proposed - that`s what we`re looking for,’ Serda said.

To design such a compound, chemists use algorithms and extensive databases containing trillions of possible combinations of elements. On this basis, it is possible to pre-select compounds of interest for their molecular purpose and obtain information on the optimal pathway for their synthesis. The next step is the organic synthesis of chemicals with the greatest potential, performed in university laboratories. Then begins the stage of biological tests - in vitro, tested on cancer cells, and in vivo, on living organisms.

According to Serda, his most advanced research currently concerns water-soluble fullerene derivatives. `These are allotropic forms of carbon that are not only interesting carriers of medicinal substances, they can also interact with biological targets. Illuminated with a beam of the appropriate wavelength, they release reactive oxygen species that kill cancer cells without damaging healthy cells. They dissolve well in water, which is crucial in the context of medicines`, he explains.

The scientist conducts his research as part of the project `New glycofullerenes for anti-cancer therapies` financed by the National Science Centre.

`I found a research niche. These are interesting compounds that I have been looking at for several years. By joining forces in an interdisciplinary approach to the design of functional nanomaterials, we have a better chance of proposing and patenting an effective chemical compound for the treatment of diseases such as pancreatic, skin or breast cancer,’ said Serda who gained experience during a two long-term postdoctoral fellowships in the US.

Dr. Serda works closely with Professor Robert Musioł, Professor Jarosław Polański, and Dr. Anna Mrozek-Wilczkiewicz at the University of Silesia, as well as with scientists from the Jagiellonian University.