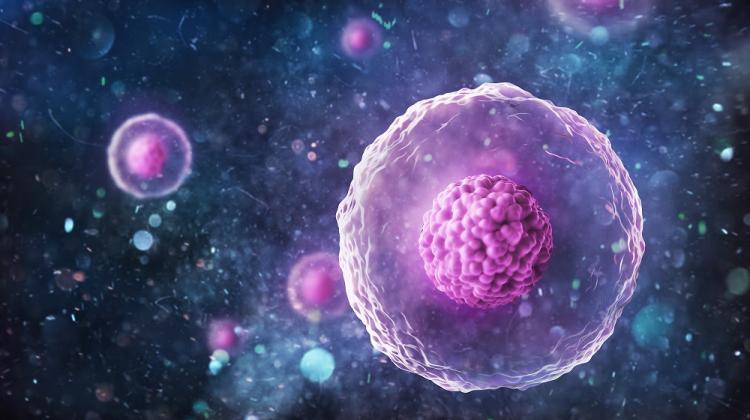 Scientists from Poland and China have used statistical and computational physics to explore the physical contact of biological cell surfaces, which could contribute to the development of immunotherapy.

Biological cells must recognize a huge number of different substances and neighbouring cells. Therefore, many different molecules on the cell surface act as receptors that detect a variety of molecules in the cell`s surroundings and supply relevant information inside the cell. Some of these receptors bind to so-called lipid rafts, small (10 to 200 nm in diameter) cholesterol enriched areas in the membrane surrounding the cell.

One of the important problems of modern biophysics is understanding how these lipid rafts, along with their associated receptors, react to various stimuli and factors, and in particular to the physical contact of one biological cell with another.

The results of their research published in the journal Nano Letters explain how the formation of intercellular contacts leads to the aggregation of receptors associated with lipid rafts. This effect is influenced by both the mechanical properties of cell membranes (e.g., rigidity on bending) and the strength of non-covalent bonds forming intercellular contacts.

Aggregation of receptors, i.e. their accumulation in certain areas on the cell surface, can lead to the induction of specific cell responses to a given stimulus.

Dr. Bartosz Różycki from the Institute of Physics PAS emphasises that research results published by scientists from China and Poland make a great contribution to understanding the physical mechanisms of triggering cell response due to intercellular contacts, for example in the process of distinguishing between `own` and `foreign` cells by the lymphocytes that make up the immune system.

These results may contribute to the design of new immunotherapies, among other things.