Vrooming Marvellous! Self-Drive Cars on Roads Only a Matter of Time, Says Expert 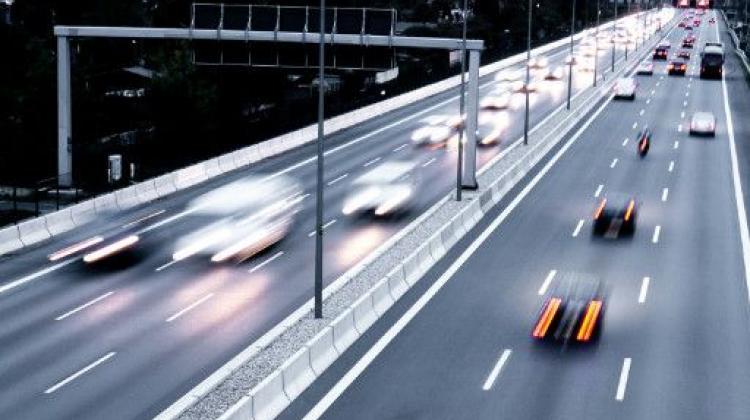 Autonomous cars on the road are only a matter of time, new technologies expert Dr. Szymon Wierciński says in an interview with PAP.

Cars already park themselves, keep the gap on the road, help avoid collisions. Completely autonomous cars are not the idea of visionaries anymore, they are more and more concrete plans of automotive and IT companies. Dr. Szymon Wierciński from the Kozminski University in Warsaw talks about when we can expect such vehicles on the road and how they will work.

PAP: What are the chances that cars will drive completely autonomously?

weather: There is no doubt that it will happen. The only question is, when? The idea of autonomous cars is already included in the business model of large companies. Such vehicles will allow drivers to significantly reduce travel and transport costs.

PAP: What technologies can enable this? There is talk of artificial intelligence, various types of sensors, and fast wireless communication.

Sz.W.: All these elements are important. Constant changes occur in both hardware and software. Let`s look at the development of computer games from the 1980s to today. Today, graphics in some titles are difficult to distinguish from reality. We are dealing with broadly understood IT development, with one of the most important elements being the computing power increase. In the case of autonomous cars, this power can be used for real-time analysis of everything that happens within the range of cameras or sensors. For example, technology already exists that allows us to recognize what the camera lens sees, whether it is a car, a human or a road sign.

PAP: So it can be assumed that most technologies are already sufficiently mature?

Sz.W.: Look at it this way: we are also talking about innovation, which means using existing opportunities in an innovative manner. This requires experiments, many of which fail, but all bring new data and knowledge. Finally, thanks to artificial intelligence, 5G connectivity and other technologies, there may be a situation in which there will be no traffic lights or traffic signs, but instead cars will communicate and cooperate with each other. We are already at a fairly advanced level in terms of technology, but we are talking about an innovative field. The technology already exists, but we need more experiments.

PAP: What do you think the implementation of independent cars will look like?

Sz.W.: In one of the interviews, Elon Musk compared it to the introduction of elevators. Initially, an elevator boy worked in each of them. His task was to select floors and ensure safety. Today it`s hard to imagine. It will probably be the same with autonomous cars. Maybe people who are born today will be surprised in 30 years that people were once allowed to drive vehicles.

PAP: Can we assume that fairly soon cars will start to work better on their own than with the driver? Information technology is developing at a rapid pace, and human capabilities remain more or less the same.

Sz.W.: Let`s look at computer games again. Algorithms will win with people in each of them, be it Go, chess or an FPS. Autonomous vehicles communicating with each other could theoretically, for example, pass each other at a few millimetres distance, without intersection lights. However, it may turn out that human cooperation with artificial intelligence will bring the best results. In the case of cars, it can be a choice from the proposed options: route, comfort level, speed, combustion, and the car will autonomously adapt to our preferences.

PAP: There are still other problems to be solved, for example making difficult decisions during the drive.

Sz.W.: Many scenarios have already been considered, for example, whether to risk the lives of passengers and turn dangerously, or hit the person who ran into the road. One solution is for computers to imitate decisions usually made by people. These behaviours can be described and averaged. At the same time, the computer will react faster than a human, and more reliably, because it will not be subjected to emotions, and the decision will be made based on all available data.

PAP: Who will be responsible in the event of an accident?

Sz.W.: Various issues will have to be determined. For example, will a decision, as a result of which someone dies, but is the best decision based on the available information, be a good or bad decision? It is necessary to specify who is liable in the event of an accident: car manufacturer, insurer or another company.

Sz.W.: Insurance companies take into account all data affecting the risk of accidents. It will probably turn out that autonomous cars are much safer than ordinary cars.

PAP: To sum up, when will drivers no longer be needed?

Sz.W.: There has been colossal progress over the past decade. Elon Musk has announced the introduction of cars without a steering wheel next year. However, considering the history of his companies, you need to add approximately 5-10 years to each plan. But the question is well asked: when will they appear? I know many people who would not want to let the computer take the steering wheel, because, for example, driving gives them emotional satisfaction. On the other hand, many people are already using active cruise control systems, automatic lane centering and other aids, but a very large group of people do not trust these "novelties" and should not be forced to do so.

Further changes in the approach to car use will be needed. We also need time to change cars. In Poland, the average car age is 10 years, so we will have to wait a bit, also for this reason. Personally, I would like autonomous cars to appear as soon as possible. The potential benefits are huge. Huge resources of human energy and time will be released. Many professional drivers may be afraid of losing their jobs, but the introduction of automation will allow them to do something else, something more creative, perhaps even still related to the transport market.