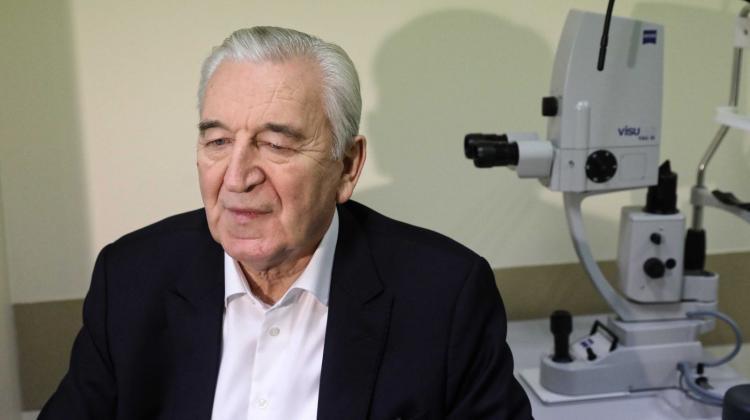 Next to cataracts and age-related macular degeneration (AMD), glaucoma is one of the most common causes of vision loss. About 900,000 people in Poland may be affected, but not more than 350,000 patients are treated. "The remaining 400,000 people do not realize that they are at risk of blindness, because this disease usually does not cause disturbing symptoms and only manifests itself at a late stage," said initiator and creator of the new method, Professor Jerzy Szaflik, during a press conference in Warsaw.

With around 70 percent of glaucoma cases being detected too late to save eyesight, Prof. Szaflik and his team say that the first screening for the disease is expected to improve early detection of glaucoma. However, as the examination is only preliminary and does not replace a doctor, after the initial diagnosis is made by a computer system, the patient will be referred to an ophthalmologist, who will be able to make the correct diagnosis after more specialized tests have been carried out.

The computer test uses artificial intelligence to analyse the eye and according to Dr. Anna Zaleska-Żmijewska from the Medical University of Warsaw, takes only a few minutes. After another few minutes, the result of the test is obtained (in the form of a text message or email).

According to the co-author of the study, Prof. Jacek Pniewski from the Department of Optical Physics, Faculty of Physics, University of Warsaw, the system assigns the obtained eye image to the "healthy" or "sick" category using the neural network. It uses a knowledge base created on the basis of eye images of over 2.5 thousand people, provided by the Glaucoma Clinic of the Ophthalmological Clinical Hospital and the "Laser" Eye Microsurgery Centre in Warsaw.

The system has already been tested on several hundred patients in an eye clinic in Siedlce. In Warsaw, it will be available from December 2 at Glaucoma Centre, at Grzybowska 6/10. The only condition is to sign up for the examination in advance at the phone number: 22 825 38 57 (for more information in Polish visit www.ejaskra.pl). The tests will be free for the next three months. In case of high interest, another two places in the capital will be opened where this test can be performed.