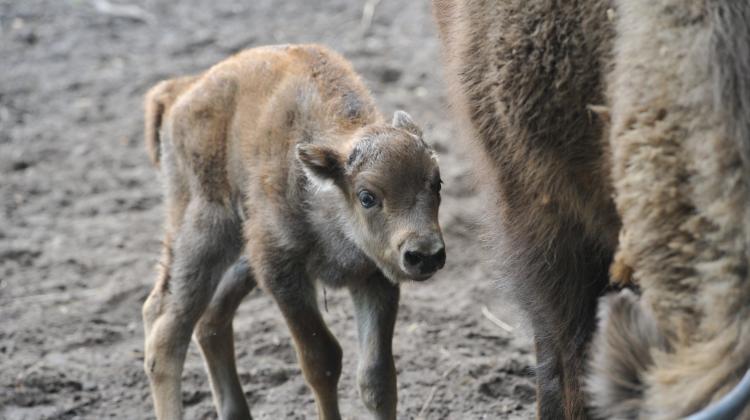 Scientists have successfully impregnated three cows after implanting embryos from European bisons into five of them.

The scientists from the Warsaw University of Life Sciences (WULS-SGGW) were able to use a special method for transplanting the embryos into the cows’ uterus in a bid to protect the bison species and, says project coordinator Professor Wanda Olech, “ensure the future of genetic material.”

The embryo implantation took one month.

According to the State Forests, using domestic cows as surrogate mothers was a natural choice as they are predisposed to "bison pregnancy".

Preparations for the embryo implantation began in 2017, when the team obtained a European bison embryo to use in vitro for the first time in the world.

Fertilization with previously obtained and frozen spermatozoa was successful in the case of six collected oocytes.

Embryo transfer is one of the ways of securing the future of the species. If unexpected events happen in the future and the population is on the verge of extinction (as it was 100 years ago, when there were no European bison in the wild), there is still the safety measure in the form of the European Bison Gene Bank. To date, genetic material from 3500 individuals has been collected in this deposit.

According to the State Forests, a quarter of the world European bison population lives in Poland where there are over 1,800 and this number is constantly growing.