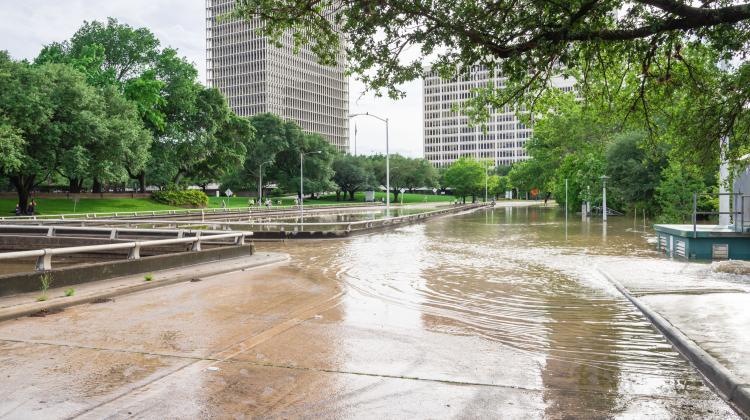 A leading academic has warned of an increase in city floods and heavy rainfall as a result of global warming.

Hydrologist Professor Artur Magnuszewski from the University of Warsaw said city floods are a special type of flood because they are caused not by flooding rivers but by rapid and intense rainfall caused by the rising temperature of oceans and air.

As a result, various parts of cities are flooded locally: streets or passages under flyovers. These floods are usually not life-threatening but they can damage infrastructure and cause serious communication difficulties.

He said: “Floods of this type are still very difficult for us to predict, because they depend on various factors. In addition to the amount of rainfall, the terrain and its permeability should also be taken into account.

"Given the global climate change, we should expect city floods to be more frequent.”

"Ocean temperature increase results in better evaporation. The stream of water that enters the atmosphere is therefore becoming larger. And a warmer atmosphere can hold more water vapour, which causes increased rainfall.”

Precipitation intensity is also boosted by the cities themselves, because they are warmer than the surrounding areas. They are sometimes called "heat islands". As a result, when the precipitation cloud is above a city, precipitation increases due to the phenomenon of convection.

City floods are most often caused by rainfall, the source of which are cumulonimbus storm clouds.

According to the scientist they are becoming increasingly frequent in Poland.

Professor Magnuszewski has now come up with a plan to combat this.

He said: "The key is the largest possible area of greenery: lawns, green areas, trees. They capture excess water and slow down its flow to the sewage system, which in the case of torrential rain is often simply overloaded.

"The more plants in the city, the better the living conditions of the inhabitants, thermal comfort, and less air pollution.”

But greenery is not the only answer. In China, where the problem of heavy rainfall is related to the monsoon climate, more advanced solutions are used.

Prof. Magnuszewski said: “Playgrounds or sports fields are built in the form of troughs and in the event of heavy rainfall they turn into retention reservoirs, where excess rainwater is collected.”

In addition, large concreted surfaces such as parking lots, are more permeable and absorb water.

"Now more often not all surfaces are paved or covered with asphalt, sufficiently large green areas are also included. Sometimes reservoirs are installed for storing rainwater, which is then used for watering plants. And the buildings defined as +green+ also attract more interest of potential buyers," he said.