Since World War II, teenagers of the mountain village of Skawica (Małopolska) have been making numerous rock engravings on the surrounding rocks, which referred to everyday life and the political situation. The beginning of this phenomenon was associated with the visit of Maria Konopnicka, researchers believe.

It was the last moment to reach still living people who made rock carvings decades ago, says the initiator of research in Skawica, Krzysztof Rak from the Institute of Archaeology of the Jagiellonian University in Kraków.

Skawica is a tourist village located in the Skawica Valley, on the border of two mountain ranges: Babia Góra and Przedbabiogórski. 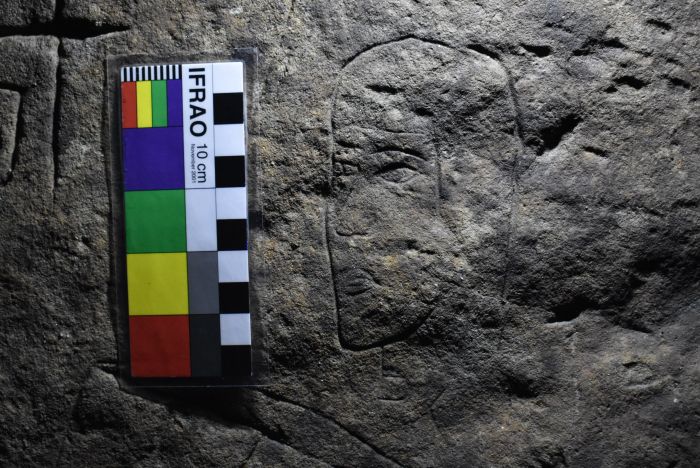 A carving made by young shepherds, by Kazimierz Pająk (turn of the 1970s)

For years, Krzysztof Rak has been looking for rock art in the Carpathians - both prehistoric and modern art. He reminds that the oldest confirmed in the Polish lands markings left by people on the rocks come from the prehistoric striped flint mine in Krzemionki (Świętokrzyskie). However, rock art is associated mainly with beautiful depictions of animals from many thousands of years ago in caves in France or Spain.

Skawica turned out to be a treasure trove in this respect. Rock carvings were created there from World War II until the 1980s. Their analysis and interviews with the locals showed that they had been made by teenagers. 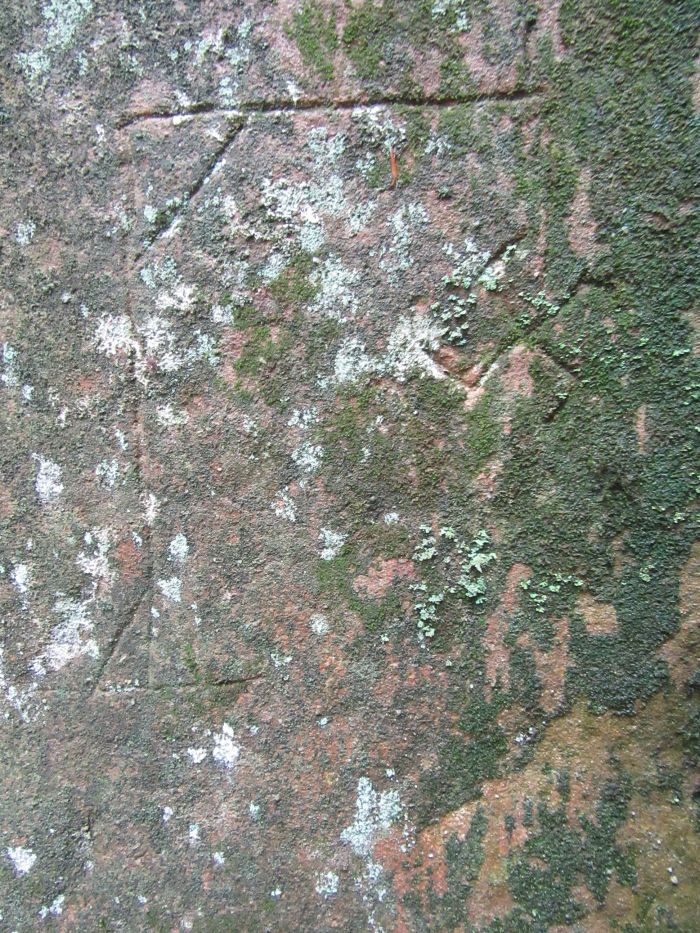 "There are many indications that the visit of the famous poet, Maria Konopnicka, to Skawica contributed to the spread of this phenomenon," Rak emphasizes. According to local tradition, the writer was believed to write the poem "Rota" ("The Oath") there.

"The memory of her stay in Skawica was very strong among the residents. Shortly after the war, a local school teacher instructed her students to carve an inscription commemorating Konopnicka`s stay in their village. For this purpose, young people pulled a suitable boulder out of the river and moved it to the school building, where it remained until the 1990s (when it disappeared without a trace).

It appears that some of the boys "caught the bug". New carvings began to appear in the area, both inscriptions and depictions. For example, on one of the rock walls a large, about one meter high, depiction of crown eagles was carved, reminiscent of the Polish coat of arms. Next to them are the names of the authors and dates: 1948 and 1953. 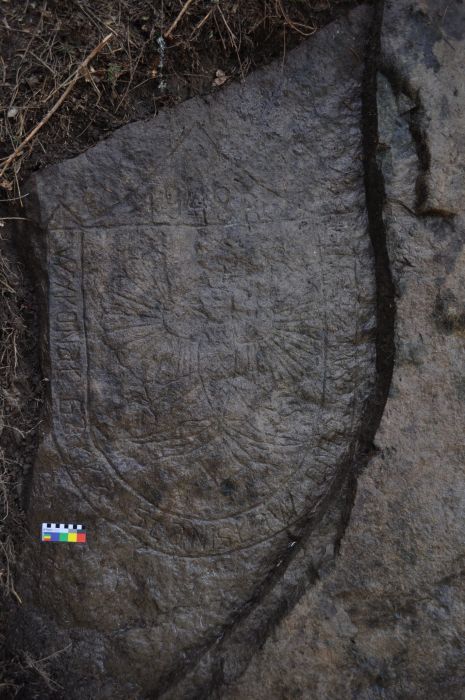 According to Krzysztof Rak`s inquiries, in this way the young people wanted to join the discussion on the modification of the state coat of arms and manifest their attachment to the crowned eagle.

Single rock carvings appeared around the village already during World War II. To this day, there is a visible depiction of the swastika on the gallows with the date: 1942. "Interestingly, the author of this work signed by name. It was Józef Pacyga," the archaeologist says. In another place, he also carved a poem commemorating the Warsaw Uprising. 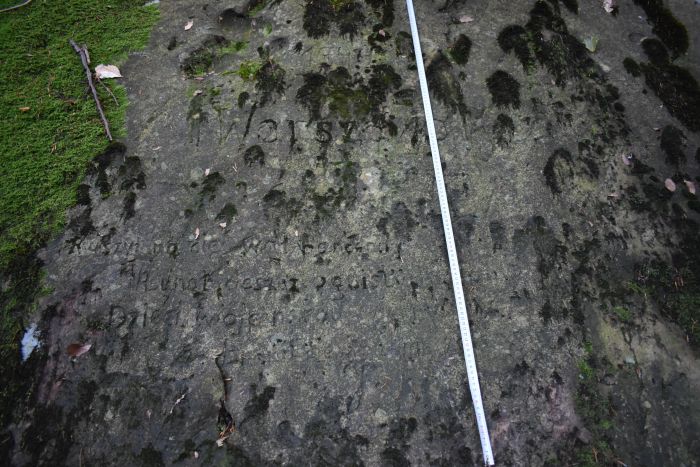 The poem commemorating the Warsaw Uprising, carving by Józef Pacyga (1948)

Pacyga did not face any consequences and harassment for making the carvings. "Hardly anyone ventured into the backwoods. During the war this area was within the range of the Polish resistance operations and the Germans were afraid to leave the main routes," the researcher says. 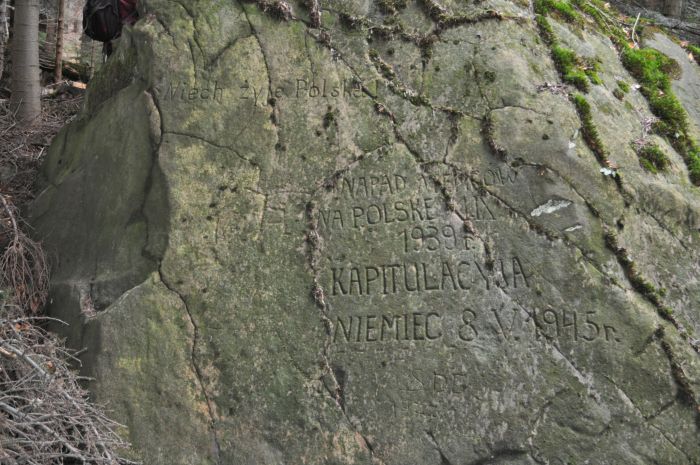 The rock with patriotic texts by Józef Pacyga (1947)

Near the eagles, the archaeologist came across other carvings, including ones made after World War II. This is a unique chronicle of past military operations. The names of the main battles and their dates have been carved.

In another part of the village, on the edge of the forest and glades, on a huge inselberg, Krzysztof Rak found another types of carvings. They show various scenes from everyday life - people, chapels and initials. They were made by teenage shepherds between the second half of the 1940s and the 1980s, when animal grazing in the area was completed. The authors of the carvings could be slightly bored shepherds, the archaeologist suggests. He emphasises that there is not a single vulgar word among them.

In his opinion, the number of carvings preserved on the rocks in Skawica is incomparably higher than in other regions of the Carpathians.