Speech Therapists: Children Have Problems Not Only with Articulation, but Also with Communication 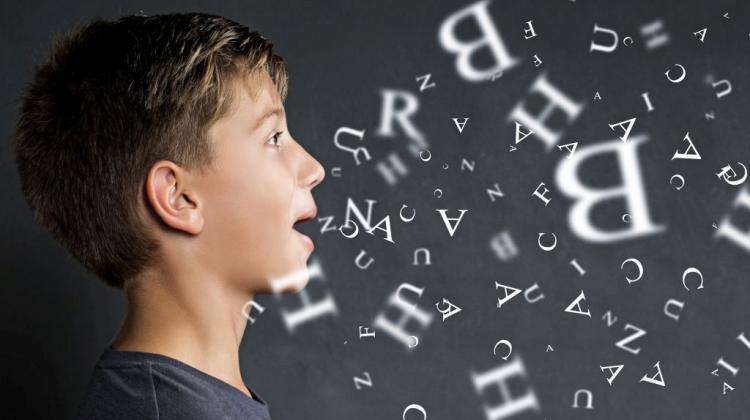 Children have problems not only with proper articulation, but also with communication, speech therapists alert. This is related to civilization changes. Irregularities in speech development are also influenced by a change in the way of feeding children, developmental defects and bilingualism.

Speech therapists point to many factors that contribute to speech defects and delayed speech development. President of the Polish Logopaedic Society, Prof. Jolanta Panasiuk says that "caring for newborns is more and more effective clinically, which does not mean that these children do not have developmental problems later, including problems related to speech development".

There are also problems arising from bilingualism. "There now more mixed families in Poland and Polish children living abroad. Consequently, speech development may be delayed in both languages. Parents often do not know how to lead a child. When living in England, should they speak to their child in Polish, or in English?", says Prof. Panasiuk.

"Another problem is what sociologists call maternal deprivation. For example, parents report who leave small, seven-month-old children under the care of grandparents, leave for work and come back every two months. This causes the child`s emotional deficiency, which may later result not only in problems in the emotional sphere, but also in developmental problems, including speech development", she says.

Małachowska emphasises that civilization changes add to the factors that have so far contributed to irregularities in speech development. "Children are surrounded by smartphones from the very early age. One-year-olds watch and tap what they want to see on their smartphones. So there are less conversations, and many more children participate in the world passively. This causes a delay in speech development", says the President of the Polish Logopaedic Association.

According to speech therapists, speech disorders in children are becoming more common. However, there are no comprehensive studies showing the scale of the problem. Scientific research conducted by speech therapists in the years 1980-1990 showed that the percentage of 6-7 years old children with speech disorders oscillated between 20 and 30 percent. According to the 2014 research by Dr. Ewa Jeżewska-Krasnodębska from the Faculty of Medicine of the Lazarski University, speech disorders (including communication problems) occur in 75 percent children starting school (according to the Jeżewska-Krasnodębska study from 2005, disorders occurred in 60% children).

Professor Panasiuk emphasises that "a significant proportion of children are underdiagnosed. These systemic assessments performed when the child starts school, fairly mildly assess the child`s language capabilities, since articulation is primarily taken into account. The problem often begins when reading and writing starts", explains Prof. Panasiuk.

The most common pronunciation defect is lisp, in which a person misarticulates sibilants (s, z, ts, dz). "This strongly correlates with occlusion defects. Secondly, there is rhotacism, or inability to articulate the (r) sound. We also see a change: not only dyslalia, or incorrect articulation of individual sounds, is a problem, but the entire language development, including communication development", says Małachowska.

President of the Polish Logopaedic Association adds that access to speech therapists in kindergartens and schools is not satisfactory. "Speech therapists are employed in virtually all kindergartens in large cities, but the time is insufficient, i.e. they are not full-time employees, they are only available for a few hours. Even if they are full-time employees, it is still insufficient for all children to have access to speech therapy", she emphasises.

"It is different in schools, because the school structure has changed but employment has not, that is, we use to have 6 years and now we have 8. Unfortunately, the employment of speech therapists has not increased with the additional two years of children, and they are children with speech development irregularities, for example stuttering. There are also children with holistic developmental disorders, such as autism, Asperger syndrome, who require speech therapist`s support. They do not receive this support because they do speak, but the quality of their speech is often insufficient. Speech therapists should continue to work with them", she notes.

Małachowska mentions the problems with financing speech therapy in schools. "Speech therapy sessions are not covered by the educational subsidy. The subsidy follows the student. If the problem concerns children with comprehensive development disorders, then such a child means more money for the institution. But if the problem concerns children in the so-called developmental standard, but with speech impediments, there is no subsidy increase", she explains.

She adds that "every school speech therapist does screening in September, passes it to their headmaster, who determines the number of children who should be treated. In general, speech therapists in schools and kindergartens work with groups of up to 4 people. Classes should last 45 minutes. It is easy to calculate that the maximum occupancy for a speech therapist (in a 22 hours work week), multiplied by 4 people, is 88 people. If the school has a thousand students and the speech therapist has 88 places, we can already see the difficulties they are facing", she says.

Professor Panasiuk emphasises that there is also a problem with the training of speech therapists. "Since this profession has been released, every school and centre can open commercial speech therapy studies. For example, there are virtual, e-learning studies in Lublin. Graduates have diplomas, but not necessarily the required skills", she says.

According to the Ministry of Education data, in the previous school year, elementary schools and junior high schools employed nearly 11 thousand speech therapists. In total, they worked 4350 full-time jobs. (PAP)