Experts: There Is No Safe Dose of Alcohol 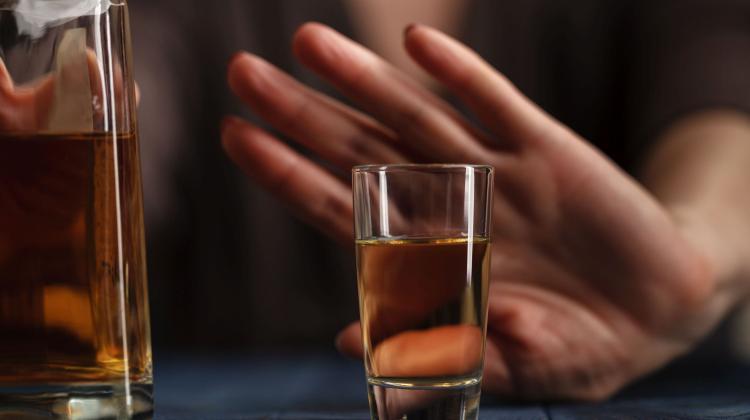 There is no such thing as a safe dose of alcohol; almost every dose is toxic to our body, experts of various specialisations say. Alcohol threatens liver cirrhosis and increases the risk of cancer. It is not true that it protects against cardiovascular diseases.

Specialists argued that this during a press conference devoted to launching the app Superterapeuta Helping Hand, available at www.hh24.pl, which can help alcohol addicts in their struggle with addiction. One of the main topics of the meeting was the impact of alcohol on health.

All experts, both oncologists and cardiologists, agreed that there was no safe dose of alcohol, and almost doses well toxic to the body. Professor Piotr Jankowski from the Institute of Cardiology of the Jagiellonian University Medical College also disputed the common view that red wine in small quantities could protect against heart disease.

"Research shows that the higher the dose of alcohol, the greater the risk of cardiovascular disease in both men and women", the expert said. The best example is hypertension, which is a major risk factor for heart attack and stroke, as well as atrial fibrillation and frequent heart arrhythmia. It turns out that even small doses of alcohol increase the risk of both diseases.

Research of cardiologists from the University Hospital in Munich, published in 2017 in the European Heart Journal, shows that beer causes tachycardia, an accelerated heart rhythm. It can also cause paroxysmal atrial fibrillation, felt as palpitations. The authors of the study emphasized that both types of arrhythmia were not associated with other risk factors such as smoking.

Professor Jankowski referred to research published in 2018 in Lancet. It shows that also in the case of hemorrhagic stroke there is no safe dose of alcohol. Only in the case of ischaemic stroke, he admitted, it was found that small doses of alcohol, not more than 30 ml per day, can reduce the risk of this disease. "Overall, however, alcohol does not protect against heart disease", he emphasized.

In 2016, the Journal of Studies on Alcohol and Drugs presented a meta-analysis of 87 studies showing that moderate drinking does not prolong life at all. The studies included over 4 million people, and some observations lasted several dozen years. This meta-analysis leaves no doubt that those who drink almost no alcohol enjoy the best health.

"Alcohol has a negative effect on many organs, not only the heart and brain", said Dr. Michał Kukla from the Medical University of Silesia in Katowice. He explained that the main reason for this are the toxic metabolites of alcohol in our body, including primarily acetaldehyde. "It causes oxidative stress associated with the production of free radicals damaging DNA, proteins and lipoids", he added. The result is a greater risk of cardiovascular disease and cancer.

"Drinking any, even a small amount of alcohol has a carcinogenic potential. Drinking alcohol is among the causes of cancers such as cancer of the mouth, throat, larynx, oesophagus, colon, liver, and breast cancer in women", said Dr. Joanna Didkowska from the Maria Skłodowska-Curie Institute of Oncology in Warsaw.

The National Cancer Registry estimates that in the case of men, alcohol consumption in our country is 8.2 percent is associated with malignant tumours, and in women - with 2.9 percent. The most common of these are liver cancer and cancers of the upper gastrointestinal tract. Liver cancer is often preceded by cirrhosis of the organ due to alcohol abuse; it is enough to drink in moderate amounts, but regularly, many times a week.

Another serious problem is alcohol drinking by pregnant women, which causes damage to the foetus, mainly its nervous system, known as FAS (Fetal Alcohol Syndrome). The former director of the State Agencies for the Solving of Alcohol Problems Krzysztof Brzózka presented data that show that at least 7,500 children with alcohol-related damage caused by drinking alcohol during pregnancy are born in Poland every year.

"Especially in pregnant women, there is no such thing as a safe dose of alcohol", argued Dr. Przemysław Biliński from the Copernicus Hospital in Łódź. He warned that a woman who drinks alcohol during pregnancy affects the health of the next two generations, both her child and her grandchild.