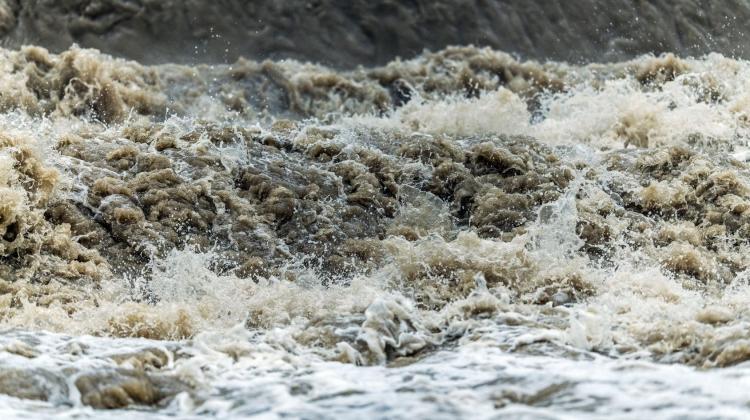 Comprehensive high water and flood warning system "HydroProg" has been developed by scientists from Wrocław. It also works during extreme weather phenomena, says Prof. Tomasz Niedzielski from the University of Wrocław. Soon, scientists will be able to offer it to institutions and companies.

Prof. Tomasz Niedzielski from the Department of Geoinformatics and Cartography of the University of Wrocław explains that "HydroProg" is a high water and flood early warning system. "It is an IT system that uses models and performs calculations to create forecasts and generate flood warnings in real time" - says Prof. Tomasz Niedzielski.

According to the researcher, "HydroProg" can use two sources of measurement. "It can be connected to an existing measurement network, or run using our stations anywhere, in any catchment in the poviat or commune" - he explains. The key part of the program are proprietary measurement stations developed in cooperation with the project`s business partner, which measure water levels and other hydrometeorological parameters to provide the forecasting system with the best possible data.

Niedzielski assures that the system is effective and has been tested for the last 5 years in the Kłodzko region, where due to the mountainous terrain, it had to handle extreme weather phenomena. The scientist emphasises that the system is a response to the dangers of sudden, intense rainfall, which leads to rapid increases in water levels.

"We are able to issue a forecast before the rise starts, even if it is very extreme. At this point, these are three-hour forecasts, but the system is flexible and we can easily extend this time" - the scientist says. He adds that the system operation and the maximum forecast time depend on the nature of the river basin. "We are not able to make a forecast for two or three days everywhere. It is possible in large catchments, in the lowlands, where the flood wave propagation time is longer. In mountain catchments, such a long-term forecast would not be possible" - he explains.

Researchers have also patented the option of including an unmanned aerial vehicle (a drone) for additional data correction based on photogrammetric measurements. As a result, water levels or flows measured by measurement stations could be verified by additional observations of water range changes in the riverbed.

Importantly, in the situation of forecasted exceeding of the warning or alarm thresholds, "HydroProg" automatically sends notifications to people who manage the catchments.

The team of scientists is finishing work aimed at offering the complete system, from measurement stations to forecasting, to institutions, units, companies that may be interested in such forecasts.

According to Niedzielski, due to the fact that the system is comprehensive, it will be quite attractive to the market. The price of the program will depend on numerous parameters and the fees will probably include the system implementation and subscription. "The service will not be very expensive for small catchments. The point is that the system should be affordable for poviats and communes" - he says.

"HydroProg" was created with the support of the National Science Centre and the National Centre for Research and Development.