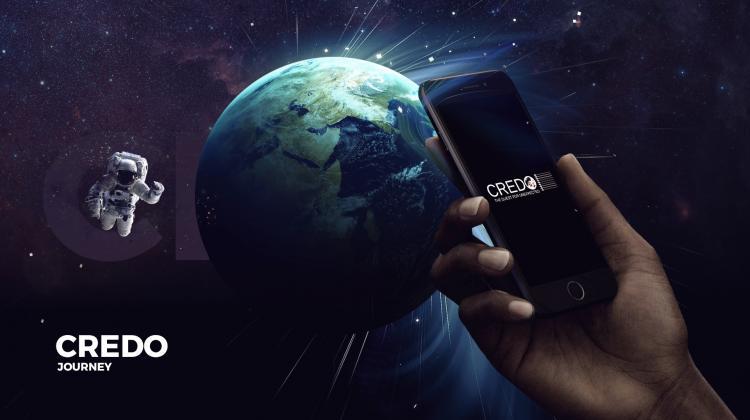 With the CREDO Detector app, any smartphone with a camera can become part of the largest particle detector in history. Source: Institute of Nuclear Physics PAS

"Catching" cosmic ray particles with a smartphone app is one of the pillars of the CREDO project initiated at the Institute of Nuclear Physics of the Polish Academy of Sciences in Kraków. People living on five continents participate in the project.

"We live in the ocean of cosmic rays and CREDO is a proposal for its global research. We have a range of innovative scientific ideas, but what distinguishes us is the massive social involvement that we need to achieve scientific goals" - project coordinator Dr. Piotr Homola told PAP.

During this week`s press conference he explained that one of the conditions for the success of the project initiated in 2016 at the Institute of Nuclear Physics PAS in Kraków was the amount of collected data. And virtually anyone can help scientists.

"We need as many participants as possible, people who will contribute to data acquisition, even with simple detectors, not even full-time, but, say, one hour a week" - appealed the coordinator.

According to Homola, 28 institutions from 12 countries on five continents cooperate with the creators of CREDO (Cosmic-Ray Extremely Distributed Observatory). The project objective is to measure, observe and monitor cosmic rays.

One of its assumptions is to look for correlations on a large scale. "Imagine that now - in Kraków and Beijing - we record an air shower and we can say with a high level of confidence that the particles are correlated in time. It would be a hit, it would be new, previously unobserved physics" - said Dr. Homola. He noted that the researchers would then get "a hitherto unobserved physical effect that there seems to be a chance of".

Another assumption mentioned by the project coordinator was to "expect the unexpected". "If we register radiation and the average amount is known, one day something we call an anomaly may happen" - he noted. He added that it could be "a freak of technology, but also an interesting physical phenomenon, which - if observed on a larger scale, on more devices - can give us hints for truly groundbreaking scientific discoveries".

The authors of the project believe that its uniqueness lies in its universality - the application for "catching" particles is available on the website. Everyone who installs it on their smartphone also registers in the system, so that the data they collect will be sent to the database. What`s more, the data for analysis are available not only to scientists, but to anyone interested. Over 10,000 users have already registered.

"We do not release responsibility for monitoring or observing data to scientists only because there are simply too few of them" - explained Dr. Homola. He admitted that although work on artificial intelligence was underway, "we still need a human and a human eye, which is often better at +catching+ certain similarities, correlations, than the machine".

However, to independently analyse data, you need skills and tools. To this end, the project authors in cooperation with teachers organize a "Particle Hunters" league and marathon for school children. Last year, 120 people from 60 schools participated.

"We said that students and teachers can take part in an international scientific project, and I think it was a very big motivation" - emphasized the project co-author, a physics teacher from the primary school in Rzezawa, Jolanta Sulma. She added that participants can compare their results with other users, not only from Poland. "At this point, they can see that it is not just for fun, that we are doing science in a broad sense. That really motivates young people" - she said.

Countries including Poland, the United States, Australia, the Czech Republic, Ukraine, Georgia, Mexico, Russia and Nepal are currently involved in the CREDO project.