Researchers: Too much folic acid during pregnancy increases the risk of allergies in children 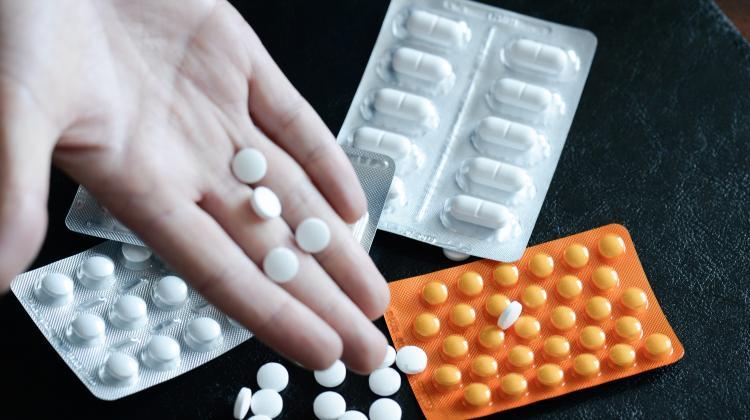 Taking too high doses of folic acid by pregnant women may increase the risk of allergy in their children, according to a study of specialists from the Polish Mother’s Memorial Hospital Research Institute in Łódź. Folic acid in appropriate doses is necessary to prevent potential congenital defects in children.

But sometimes women take several multi-vitamin preparations at the same time, often without consulting a physician, and thus they take more than the recommended dose of folic acid, says Dr. Anna Socha-Banasiak from the Department of Gastroenterology, Allergology and Paediatrics Institute of the Polish Mother’s Memorial Hospital Research Institute in Łódź.

The researchers remind that the development of the human immune system begins in the foetal period, and in recent years there has been an increase in the incidence of allergic diseases in children. Researchers from various research centres are looking for new environmental factors that could have an impact on this trend.

The research of specialists from Łódź focused on the assessment of the effect of folic acid intake by women before and during pregnancy on the development of allergies in children.

"I was prompted by reports indicating the potential relationship between dietary supplementation with folic acid by pregnant women and the occurrence of bronchial asthma in their children" - says project leader Dr. Anna Socha-Banasiak.

She reminds that a 0.4 mg/day dose of folic acid is recommended for healthy women (with a low risk of foetal defects) at least 12 weeks before planned pregnancy, during pregnancy (especially in the first trimester) and during lactation. Its intake is important primarily for the prevention of congenital defects, including central nervous system (CNS) defects in children, and some pregnancy complications.

Higher doses of folic acid are recommended in situations of indirect or high risk of foetal defects and pregnancy complications, the expert adds.

The researchers from Łódź conducted surveys on folic acid intake before and during pregnancy among over 300 mothers of children aged 2 to 72 months, who were treated in clinics and specialized outpatient clinics of the Polish Mother’s Memorial Hospital Research Institute in 2010-2014. Additionally, allergic diseases were diagnosed or ruled out on the basis of medical interviews and tests.

"Analysis of the research results showed that children suffered from allergies more often if their mothers received folic acid in higher doses than recommended during pregnancy" - notes Dr. Socha-Banasiak.

She suggests that this shows that there is such thing as "too much of a good thing". The surveyed women often reported that they were unaware that they were taking too high doses of folic acid. "They often took tablets containing folic acid as the only active ingredient and other multivitamin supplements at the same time, thus receiving a higher total dose of folate" - the expert adds.

In her opinion, the research results suggest the possibility of the effect of folates - as one of many factors - on shaping the immune system in the foetus. "This regulation probably occurs in the mechanism of epigenetic modifications, changes that may affect the regulation of gene expression in the foetal period. But this needs to be confirmed in further studies" - she adds.

The research also showed another alarming trend. It turned out that less than 39 percent surveyed women declared taking folic acid while planning pregnancy.

"This suggests the need for further education of women in the field of prevention of congenital defects in children" - says Dr. Anna Socha-Banasiak.

She emphasises that taking folic acid in the recommended doses while planning pregnancy and during its course should still be strictly recommended and observed by women because of its proven prophylactic action, especially with regard to the occurrence of congenital defects in children.

"However, future mothers should not take several multivitamin preparations at the same time, especially without prior doctor consultation" - concludes the expert from the Polish Mother’s Memorial Hospital Research Institute in Łódź. (PAP)