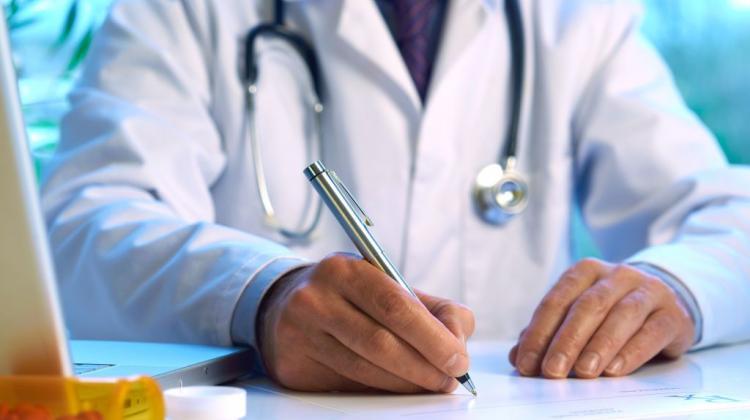 To help physicians, Polish acoustics experts have investigated how diaphragms transmit sounds from the patients` body in different types of stethoscopes. "Differences are colossal" - comments the author of the study, Dr. Łukasz Nowak. According to the researcher, the quality of auscultatory diagnosis can be easily and cheaply improved.

Stethoscope, an acoustic medical device, is so commonly used in medicine that it has become a symbol of the medical profession. This simple device allows the physician to quickly, cheaply and conveniently auscultate the patient and exclude or initially diagnose, for example, structural defects of the heart, as well as lung, abdominal or even thyroid and artery diseases.

As it turns out, this device, used for 200 years, has been seriously neglected when it comes to testing its acoustic properties. "There even are no standards to assess the parameters of stethoscopes. We have shown that the differences between stethoscopes are huge" - Dr. Łukasz Nowak from the University of Twente in the Netherlands emphasises in an interview with PAP.

Thanks to the research of Dr. Łukasz Nowak and Dr. Karolina Nowak we now know which solutions used in stethoscopes are best, and which ones doctors should steer clear of. "Our research also opens the way to further improvements that can be achieved at a negligible cost, because the perfect stethoscope has not been created yet" - the acoustics expert says.

The sounds in the body, to which the doctor listens, originate from physiological processes. The sources of these sounds include gas flow and small tissue movements. These are very quiet sounds. The task of the stethoscope is to amplify them. The quality of the stethoscope depends primarily on the diaphragm placed on the head of the device. In contact with the patient`s body, the diaphragm vibrates as a result of the sound of the body reaching the patient`s skin.

"The diaphragm works like a loudspeaker" - explains the scientist and points out that loudspeakers or headphones also have diaphragms that stimulate the air to vibrate. In stethoscopes, therefore, it is important that the diaphragm vibrates strongly under the influence of the patient`s body.

According to the acoustician, if the diaphragm is properly selected, the quality of the device can be significantly improved. "It is very simple considering that the diaphragm is an interchangeable part in most stethoscopes" - he comments. And he adds: "A significant improvement in acoustic diagnostics can be achieved at a very low cost".

"Meanwhile, the diaphragms in some stethoscopes work so badly that the part of the head without a diaphragm works better" - the scientist says. He clarifies that, for example, diaphragms in the form of rigid, homogeneous disks are ineffective. "They were used because they were supposed to filter the sound and remove the frequencies that were not needed in the examination. Our work leaves no doubt: diaphragm is not an acoustic filter. But this myth has been repeated in scientific literature" - he says.

Asked how to select a good diaphragm for a stethoscope, he says: "A good diaphragm in a stethoscope is a heterogeneous system. It should not be made of one material and its mechanical properties should be different in different places". He adds that rigid membranes are also a good solution, but they should have flexible suspension, for example a silicone ring.

"But there is room for further improvements" - he concludes.

The results of the research project have been published in Applied Acoustics https://doi.org/10.1016/j.apacoust.2019.05.009. The project was carried out at the Institute of Fundamental Technological Research of the Polish Academy of Sciences under the National Centre for Research and Development LIDER grant.